What to Do During an Indian Tour

With over a billion people from all kinds of ethnicities and religions, India is not only one of the most populated countries on earth, but it is also home to some of the world’s most jaw-dropping sights. Being a country with an astounding diversity of cultures, religions, and attractions, India has a lot to offer in terms of tourism and related activities.

From ancient towns and bustling modern metropolises to the warm waters of the Arabian Sea and the high peaks of the Himalayas, this south Asian country is full of must-visit destinations for all. Whether you’re in this beautiful country for business or for pleasure, you’re guaranteed to have an unforgettable experience. The following are the four best things to do in India.

With pristine coasts, varied beaches, dense jungle, and high mountain ranges, there are tons of natural wonders in this country to marvel at. Here are our top five picks:

One of the must-stop places in India is the Himalayas, the highest mountain range in the world. These mountains offer nearly endless possibilities for trekking adventures, thus are a perfect destination for mountaineers, climbers, and hikers.

Situated around 55 kilometers from Imphal, Manipur, Loktak Lake is another magnificent natural wonder of India. You’ve probably seen many lakes, but this lake is like nothing you’ve ever seen before. On this exceptionally beautiful lake, you’ll discover the only floating islands in the world, as well as the largest floating park in the world called the Keibul Lamjao National Park.

Situated in the Ananthagiri hill ranges of Andhra Pradesh, Borra Caves are a perfect example of nature at its best. These limestone caves feature a variety of Stalactite and Stalagmite formations. The caves are well illuminated by dozens of lamps to ensure that visitors don’t miss a single detail.

Also called the “Gravity Hill,” the Magnetic Hill that is situated near Leh in Ladakh is truly a natural wonder. Being here, you will get to experience gravity in a manner that you have never experienced before. The hill defies the rules of gravity as it pulls vehicles in an uphill direction, creating an optical illusion that leaves everyone in awe.

If you are fascinated by paranormal things, you should head to the swamps of West Bengal to witness this mysterious phenomenon. While here, you will get to catch a glimpse of the Aleya ghost lights, which are colorful glowing lights that no human being knows where they come from.

For most people, their trip to India starts with a visit to the country’s national parks, which are home to a diverse range of wildlife. While there’s a wide array of wildlife to see, it’s the country’s cats that get the most attention.

India is home to five big cats – Asiatic Lions, Indian Leopards, Snow leopards, Clouded Leopards, and Bengal Tigers. The world’s only surviving Asiatic Lions can be found in Sasan Gir National Park in Gujarat state, while the Indian Leopards care widely spread across the country. As for the Snow Leopards and the Clouded Leopards, they can be found high in the Indian Himalaya and the foothills of the Himalaya, respectively.

If you are an avid gambler, you don’t have to set aside your love for gambling while on your trip to India. It may not be close to Las Vegas, but with new vistas of wager opening up under state patronage across Sikkim, Goa, and Daman, India is slowly becoming a top gambling destination. Even though the Gambling Act doesn’t allow on-land casinos to provide live games, you can still play roulette or any other casino game in one of the Indian online casinos.

Besides celebrating a number of festivals throughout the year, Indians also celebrate certain festivals in different ways. One of the biggest festivals is Holi, which is usually held in March and sees to it that everyone is drenched in colors. Another big festival is the Diwali festival, which is usually held between October and November and sees to it that the skies are perfectly illuminated with firecrackers.

If you miss Holi or Diwali, you still have a chance to participate in other colorful festivals, such as the Hornbill Festival that showcases the songs, dances, customs, and cultural expressions of the Indian tribal people. Other festivals that are immensely popular among tourists include the Pushkar Fair, Thrissur Pooram, and Onam.

Owing to its diverse attractions, India does pretty well in all types of tourism, whether it’s adventure tourism, wildlife tourism, cultural tourism, or eco-tourism, etc. One thing that you can rest assured of when on an Indian tour is that you’re going to have a blast. 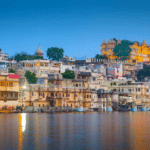 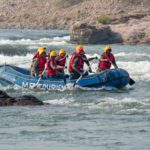 Explore The Famous Waterfalls of Mahabaleshwar With...

Holiday Differently – An interesting initiative by...

Hotels in India which provide the Best...

What to expect when attending a sporting...