If one has to define their experience at Srinagar in one word, it would be heavenly! The best time to visit Srinagar is from April to October when the city is at its best. The gardens of Srinagar are a visual treat during this time. They are an essential and inseparable component of the city’s beauty. Here are some of the most spectacular gardens in Srinagar, you must visit.

It is the largest Mughal Garden in Kashmir covering 31 acres of land and we would say it is majestic! The garden literally means, ‘abode of love’, as it was built under the royal patronage of Emperor Jahangir for his beloved, Nur Jahan in 1619. Initially, the garden was called ‘Farah Baksh’ meaning ‘the delightful’. 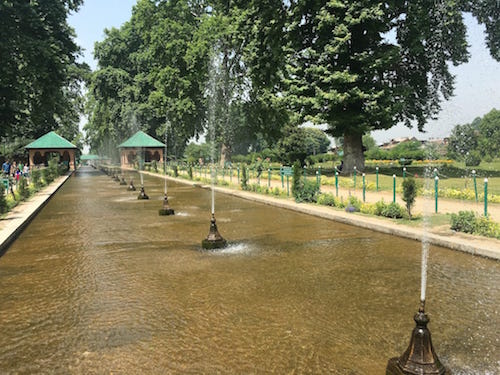 Owing to its aesthetic relevance, Shalimar Bagh represents the pinnacle of Mughal horticulture.

Nishat Bagh literally means, ‘The Garden of Joy’ and is the second largest Mughal garden in Kashmir. It was designed and built by Asaf Khan, elder brother of Nur Jahan, in 1633. A testimony to the beauty of this garden is expressed through a short story. It is believed that Shah Jahan had indirectly expressed his desire to own this garden, thrice, to Asaf Khan. Nishat Bagh is a twelve-terraced garden encompassing two sections: the public and the private garden. A central stream flows through these terraces adorned with fountains. 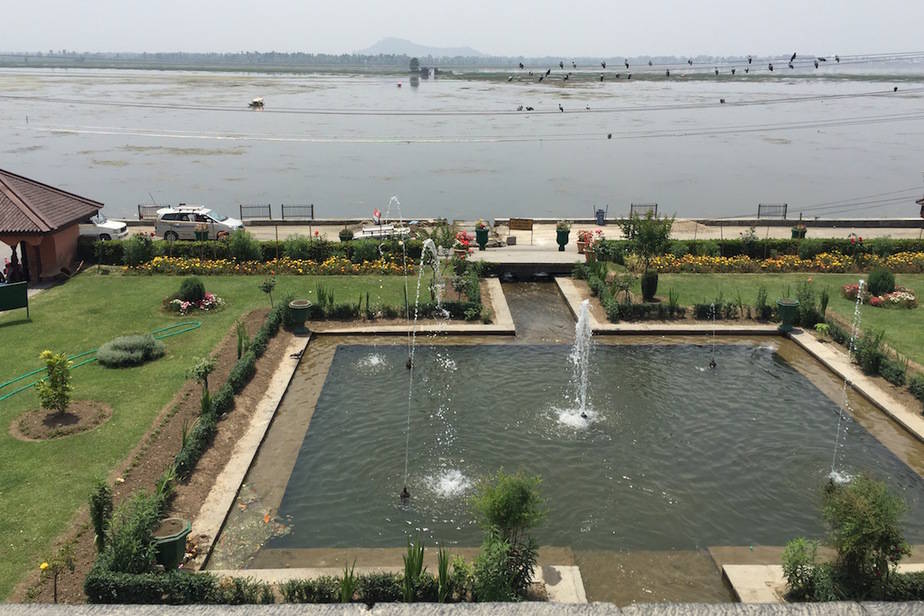 The Chashme Shahi Garden is another beautiful representation of the Mughal architecture built in 1632. It was commissioned by Emperor Shah Jahan as a gift to Prince Dara Shikoh.

Literally meaning the ‘royal spring’, the garden is named after St. Rupa Bhawani (whose byname was ‘Sahib’). As she discovered the natural spring which is the main attraction of the garden. The spring flows through three terraced sections: a conduit, waterfall, and fountains, against the Zabarwan Range. It is believed that the spring water has medicinal properties and at many times was carried to Delhi by Pt. Jawaharlal Nehru. Though the garden is spread over an acre of land, with 108 meters of length and 38 meters in width, it is the smallest of the three Mughal gardens in Srinagar (other two being; Shalimar and Nishat Bagh)

Opening and closing time: 9 am – 7 pm (closed on Fridays)
The garden is open for a public visit only from March to November.
Entry Fee: Rupees 10 per person

Next recommendation is Pari Mahal which was built by Prince Dara Shikoh in the 1660s. The seven terraced garden was built for Dara Shikoh’s Sufi tutor, under a qadiriyya (Sufi order). It is located at the top of the Zabarwan Range, giving a picturesque view of the entire city. We can say that is it aptly called the ‘fairies abode’, as the elevated view you get from here is marvelous! 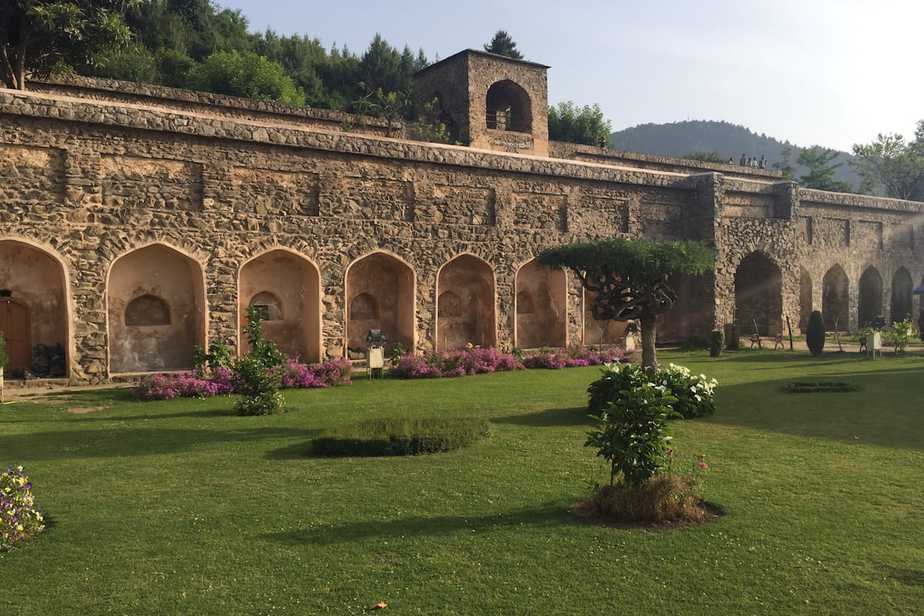 This is Asia’s largest tulip garden, approximately covering 30 acres of land with over 45 varieties of Tulip. Opened in 2007, the garden initially had only Tulips but now has hyacinths, daffodils, and ranunculus as well. With a wide range of flowers, the garden is full of life and color throughout the year. Yet, the best time to visit this place would be the spring season, when flowers are blooming and bright!

You must attend the world-renowned Tulip Festival held here, it’s a floricultural extravaganza. The festival is held for 15 days, usually from 5th to 15th April.

It is a magnificent garden spread over 80 hectors of land, approximately. It was built in the fond memory of India’s first Prime Minister Pt. Jawaharlal Nehru and is currently maintained by the Forest Department.

The Botanical Garden encloses with its arena more than 300 species of flora, including, 1.5 lakh ornamental plants, Himalayan Orchids, cedar and willow trees. It has four main sections: plant introduction center, research section, recreational garden and botanical garden. Apart from these four main divisions, a greenhouse is built in the center of the garden, housing different types of orchids. 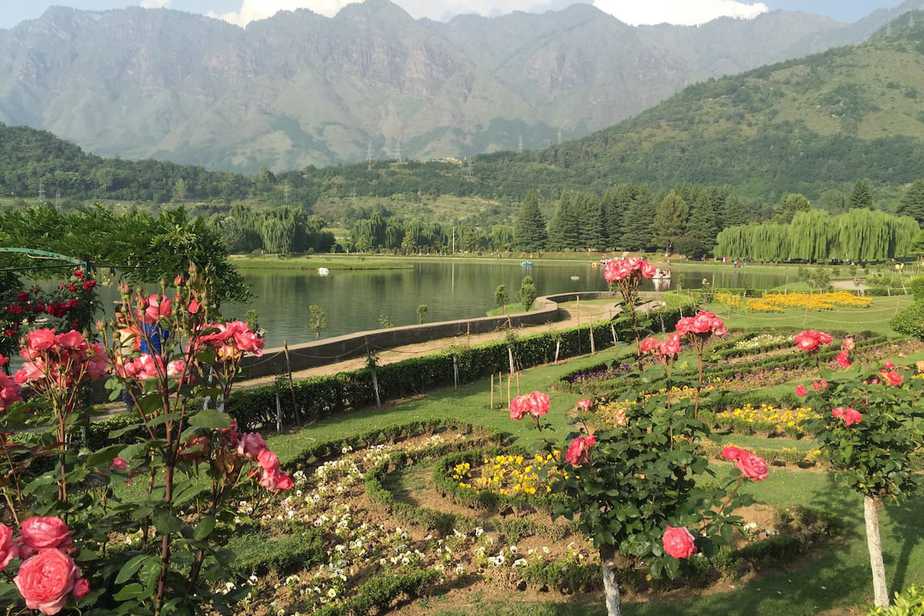 There is also a splendid lake covering almost 17 hectors of the area, which is accessible through paddle boats. Do try boating in the lake to fully enjoy the beauty that the garden beholds.

The visit to Srinagar is incomplete without visiting the blooming gardens of Srinagar. If you love gardens then these gardens are going to be heaven for you. So, go ahead with your Srinagar trip and enjoy the visit to these beautiful gardens.

Pooja Gupta is the founder and CEO of Tripscam solutions Pvt. Ltd. In her words “My startup aims at resolving the problem of travel scams by bringing credible and trustworthy information on tourist destinations. I have been a travel blogger at Traveljots for over 4 years and personally experienced the problem. I felt a neutral platform for travelers to read and share travel tips would be helpful in solving this problem" 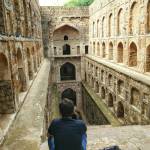 Historical monuments in Delhi and around | How many have you covered? 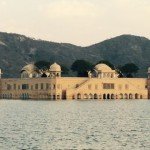 Things to do in Jaipur | 20 Recommendations from my experiences

Being Curious – Discovering a secret cave...

A Rainy Day in Mumbai – Nostalgic...

Take a step back in history by...

A Detailed Guide to Visiting Rann of...

Bike Rental in Leh (With FAQs)