The Legend of Bijli Mahadev

The sun has almost always caught me in bed for most of my life, and today was no different. Here in the mountains, life starts early. I check my watch with eyes half-closed; it is well past nine and the house that we’re staying in has been set into motion. Clumsily, I scan around the room and find a cup of tea next to my bed, the tea is cold, but I take a sip anyway while mumbling a curse to myself for being a galling guest to rather generous hosts. Not a great start to the day, I think to myself. With much effort, I drag myself out of the room towards the porch, to find the morning sun shining in its full glory.

The sun and the mountains served as a reminder of our final hike to Bijli Mahadev – the mysterious Shiva temple sitting atop a hill at 2460mtrs. Legend has it that Shivling at the temple was hand-crafted out of local butter about 17 million years ago! Yes, you read it right, 17 million years ago in an era called Satya yug, the first age in the cycle of time that was marked by incorruptible morality and righteousness. Amazingly, the ritual of smearing butter on to the Shivling has been maintained unbroken by a lineage of temple priests that stretch back all the way to Satya yuga. The fact was hard for me to digest, but they say truth is stranger than fiction. 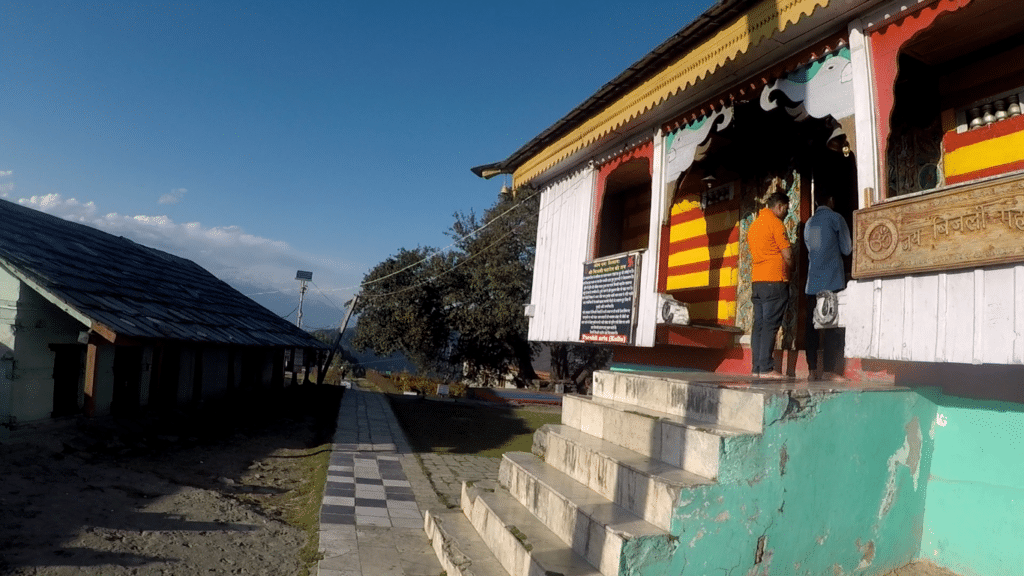 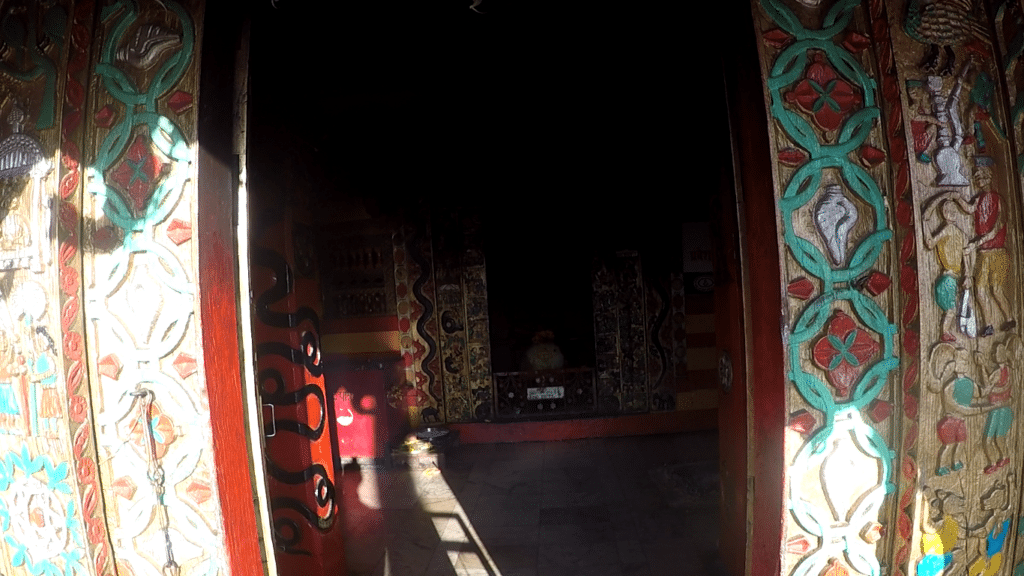 Carl Jung, the famous Swiss psychologist, had mentioned in his seminal text – Man and His Symbols, that humans use symbols and signs to convey certain ideas that cannot be easily articulated by the written or spoken word. For eg. a ‘high altitude mountain’ can be regarded as a symbol for intensity, adventure, risk, ambition, achievement and maybe stoicism. The ‘red heart‘ is commonly used as a symbol of love and warmth, a ‘dove with an olive branch’ as a symbol of peace and victory, and ‘crossed swords‘ as a symbol for battle or conflict. Curious to learn more about the symbolic meaning of the archetypal wild hermit that is Shiva and his worshiped symbol, which is the Shivling, I approach Babaji who’s sitting in meditative poise.

“What is the concept of Shiva?” I asked him.

“Do you know there is a supermassive black hole at the center of our galaxy,“ he responded after slow and calm deliberation.

“Yes. So.. Shiva is a black is hole,“ I concluded naively.

That was enough insult to my thin-skinned self, I looked at the Babaji with an air of intellectual superiority! I guess he sensed my inflated but unsubstantial ego and must’ve smiled to himself in his heart. He waited for the opportune moment and then continued.

“Shiva is the force of destruction,“ he tried to explain, “You see, massive stars collapse into themselves due to the inward pull of gravity to form black holes, and at the center of every black-hole lies the point of singularity – the synthesis of space, time and energy. Shiva destroys reference frames; our extreme views and biases, which are all based on the idea of time, space and causality. Only when we transcend these reference frames can Brahma be experienced, for there is a Big-bang at the other side of black hole. Samajh ayaa? (Do you get it now?)“

“hmm, so what happens when one prays to Shiva? As in, what happens once the reference frames are destroyed?“ I probed further.

“Well, a sense of freedom and joy is experienced. As you destroy the causes of pain, you experience increasing freedom at every successive level. With freedom comes creativity and exploration. We sadhus explore the inner world while you guys are interested in the outer world. “ Babaji responded.

He kept reiterating that the past is a big hindrance for any kind of progress. Past should be cited only if it serves as an example for a better future, other than that, one must strive to break-away from the shackles of the past, otherwise known as karma.

That was enough wisdom for me to kick-start the day on a contemplative note. We check the map to trace the shortest route from Shat village to Bijli Mahadev. After a quick chat with the locals, we realize the Shiva temple is situated on the opposite ridge. It would have made for a brilliant ridge walk to the other side had it not been for the Parvati river separating us from our final destination. That left us with two options, slide down the steep slope of our mountain, then cross the river using  an old bridge before starting the ascend towards the temple through the unexplored jungle path or take the safe route by treading the much frequented local path. The first option involved considerable risk and expert navigation skills and since none of were carrying any high-tech navigation equipment or savvy mountain gear, we decided to go safe and easy.

At around 11 am, after a light breakfast, we bid farewell to our host Dulleshwar and his family. As a gesture of goodwill and hospitality, the family refused to accept any cash for their kind and open-hearted services. However hard we insisted, they refused the barter. Instead, they offered two bags full of apples and walnuts as partying gift. The whole incident left a lasting impression on me, for these are not rich people, but they have held on and passed over a value system that has been ingrained into their DNA for centuries. None of these people have had any formal education, they probably haven’t seen the inside of a school, forget college, an yet, they are more humane than 99% of the human population. Having learnt directly from nature, their first hand experience is worth more than any borrowed second hand wisdom. 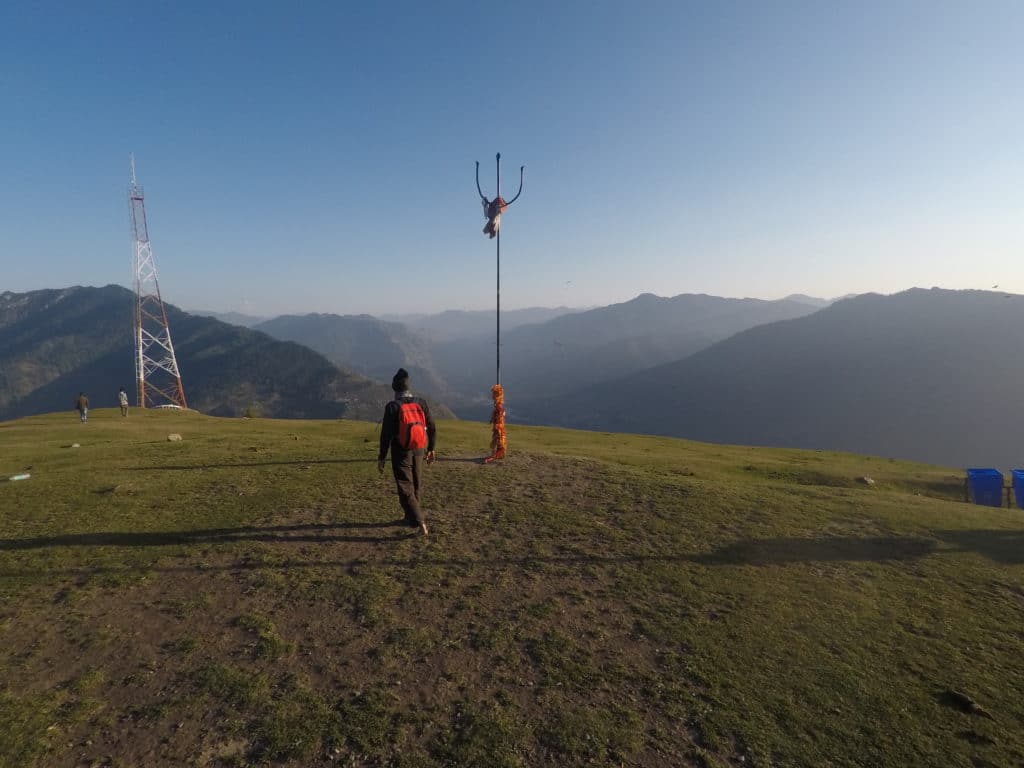 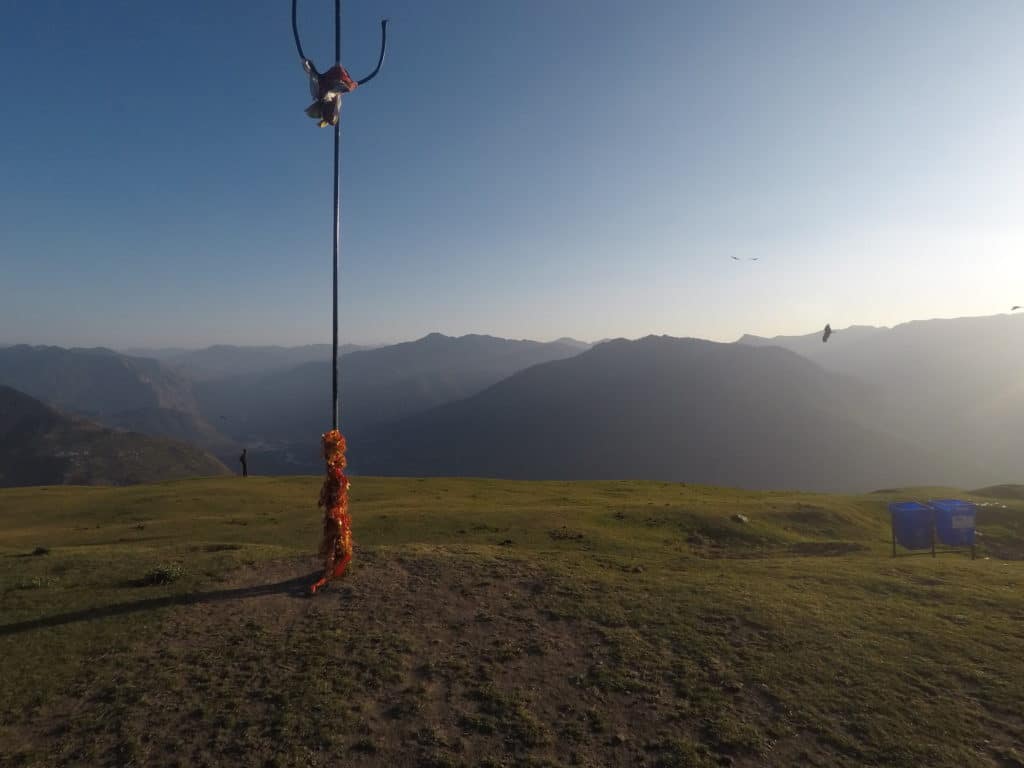 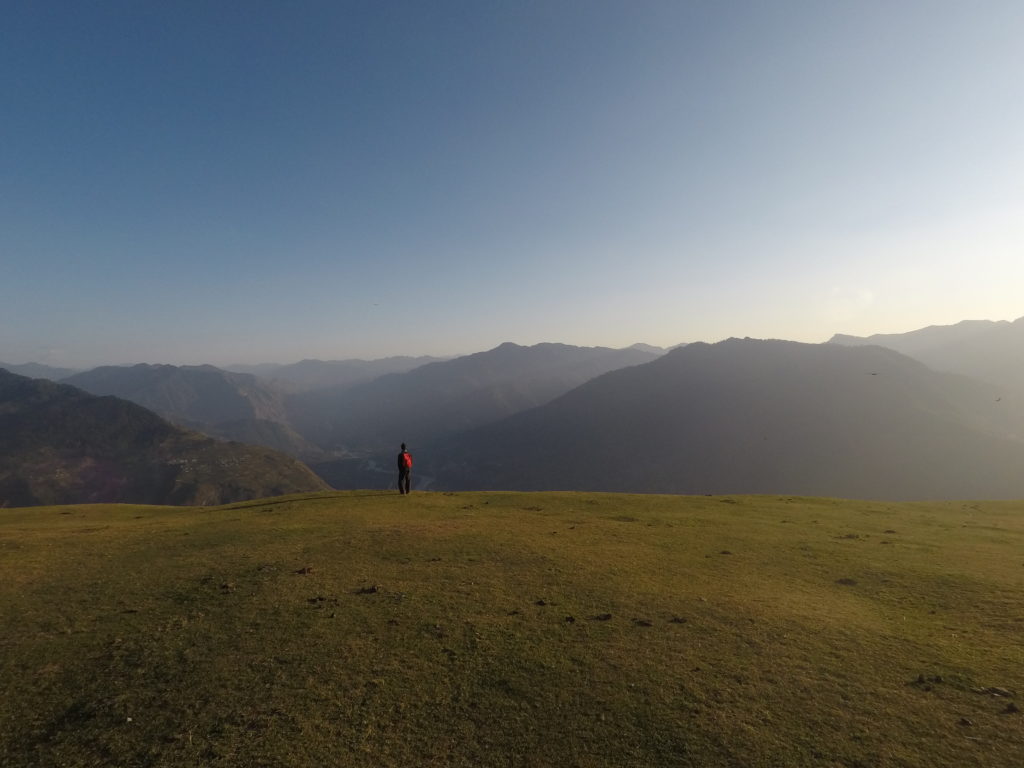 After a leisure walk for about two hours, traversing through villages, fields and crossing the bridge over Parvati river, we reached base-camp. Not wanting to waste any time, we proceeded further with our climb up the mountain. We pass pilgrims both young and old who were returning after from the summit. Those sensitive to subtle energies will be able to feel a marked increase in exuberance, excitement and euphoria in the mountain environs. One is greeted with loud cheers of “Bam Bhole” & “Har har Mahadev” from returning pilgrims, who seem to be endowed with fresh inspiration and enthusiasm. Half way through the climb, we get a feeling as though we are being pulled up by an invisible force. A strange but pleasant lightness encapsulates my entire body, I can hardly feel my legs but at the same time I‘m sprinting with full vigor. The mental chatter has subsided and the mind seems to be in perfect sync with the mountain spirit. I feel the joy for life increase with every subsequent step. It seems like our old Babaji is in his element as well, for he’s sprinting up like a mountain goat. 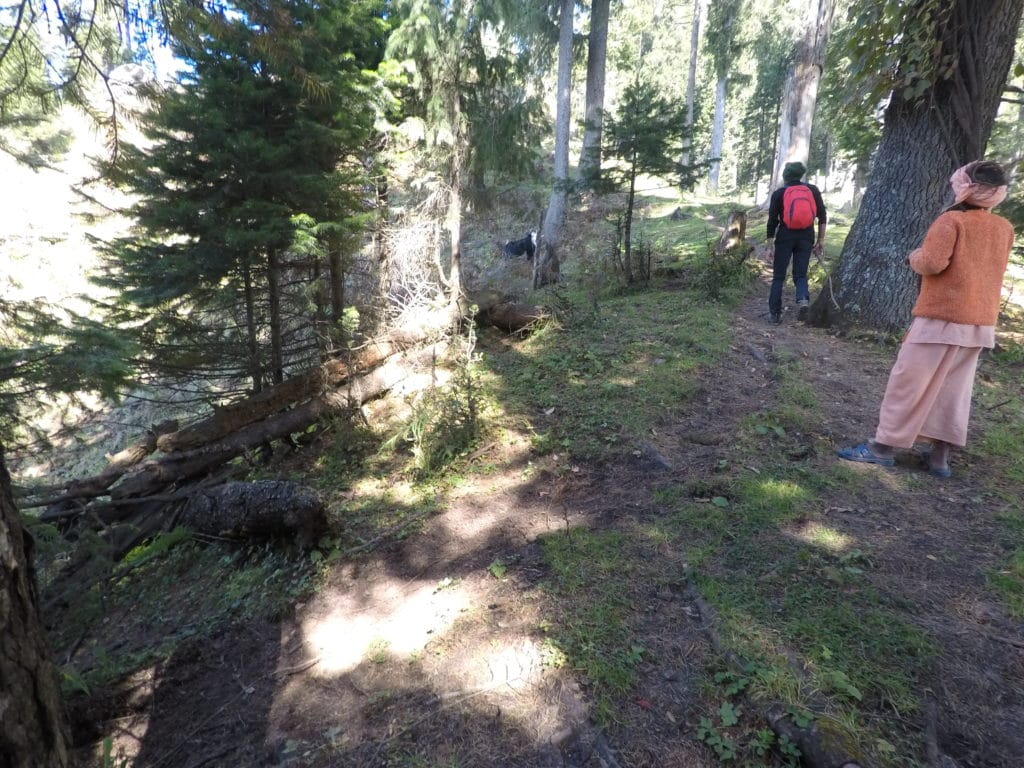 Finally, the summit is scaled! Lush green meadows and smell of crisp cold mountain air greets us. In contrast to the chaotic, high-decibel city atmosphere, there is calming stillness to this place. Each moment waiting to be savored by intense awareness. We look around to see natural ponds peppered all across the summit hill. Back in the golden days, pilgrims would take a dip in the pond before entering the temple premises. The summit offers a panoramic view of of the Parvati valley. Standing at the edge of the meadow and staring at the gorgeous valley it’s hard not to be overwhelmed by the beauty of the mountains. It might not be postcard perfect, but the rugged himalayas definitely humble you down to earth. 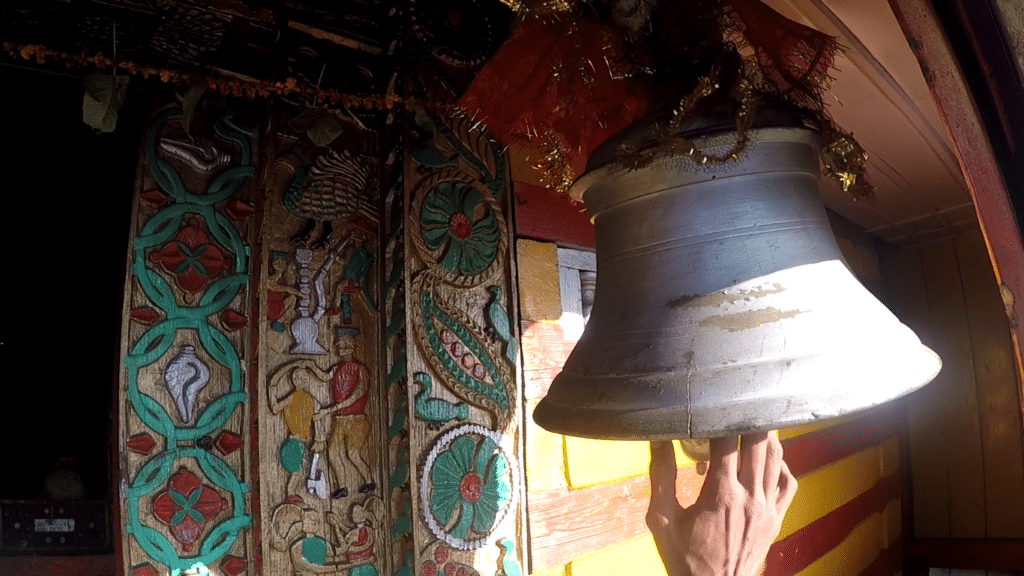 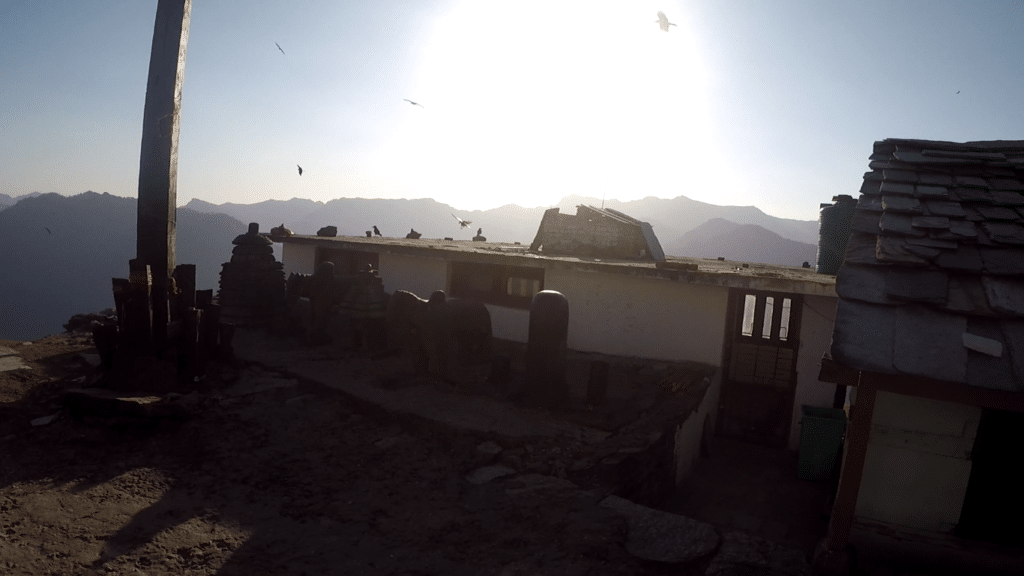 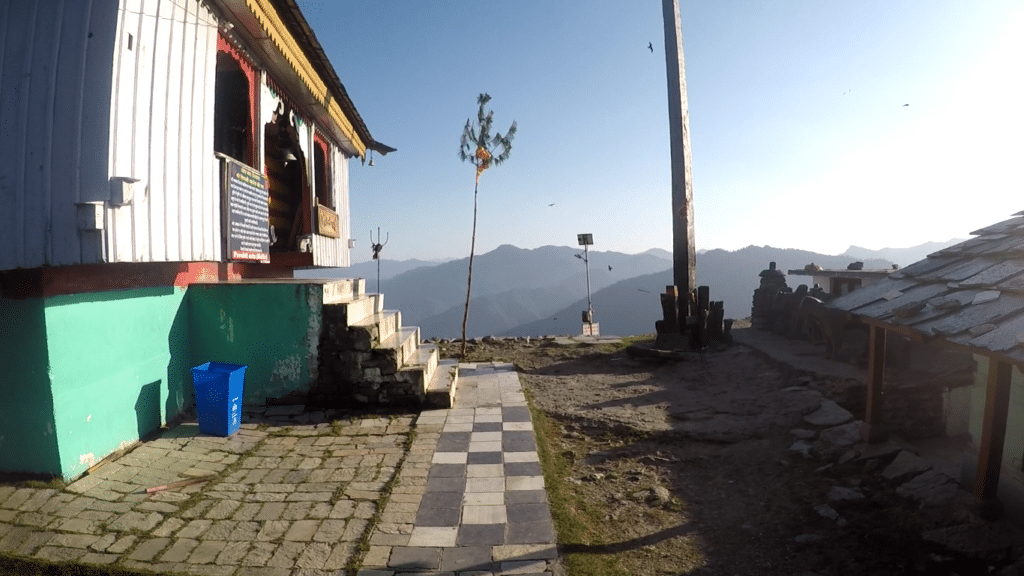 With a clear mind and a heart full of gratitude, we approach the ancient temple. The butter Shivling still sits there, adorned with garlands and sandal-paste, having withstood the test of time for over 17 million years. We offer our prayers and past-memories to the invisible, omnipresent and stainless Lord, hoping for a joyous present in return.

Akshat Madan is a researcher, practitioner, and teacher at Arya Marga Yoga Institute. His search for knowledge and inner experiences led him to the mountain village of Bir, where he found inspiration and purpose. 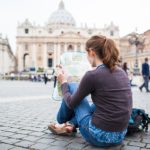 Why should students traveling abroad have travel insurance? 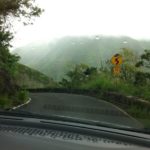 What’s your pick for a road trip? Self-drive or taking a driver along?

Holi Festival – All You Need to...

Experiences in Goa | 28 activities for...

Being Curious – Discovering a secret cave...

Stok Kangri – What makes it tough...

7 offbeat destinations to consider for your...

Bangalore to Gandikota – A Trip Idea...

Hey AKSHAT MADAN,
I am from Indonesia, will you please tell me what is the total cost if i visit at this place because i am devotee of Mahadev and i read many stories about him.

the trek can be done under rs 5,000, but you may choose to go commando and do it for free as well.

best of luck with your travels.

I have done trekking to Bijli Mahadev several times and it has always been a wonderful experience. You will get to see panoramic views of the valley as you reach the top of the temple. On interacting with locals you will come to know the mysteries of the temple.

Thank you dear for sharing this post with us. I have added this adventure for my next trekking.

Thanks for sharing this wonderful post! Really like it! Can you tell me the exact itinerary and way for trekking?