The state of Kerala is situated on the Malabar coast of South India and boasts of 600 kilometres of scenic shoreline lined by tall and densely foliaged palm trees. Often described as a paradise on earth, the colour green takes on a whole different meaning in this state as you move from the hills of Munnar and Wayanad perched on the Western Ghats to the lush backwaters of Alleppey, or the verdant beaches on Trivandrum or Varkala. Add to this an intriguing colonial past, as well as cultural and religious significance and you have a 7-Day Kerala itinerary that will leave little doubt about the often used epithet for Kerala- “God’s Own Country”.

A weeklong vacation through this southern gem will leave you baffled by the variety of flora and fauna our beautiful country holds in every corner, and it will be a holiday you will recommend to everyone you know.

How To Reach Kerala?

Which Are The Most Popular Tourist Destinations Of Kerala?

Is Kerala Safe For Solo Travelling?

Kerala is well-connected by roads and travelling from one place to another is fairly easy and safe. Although Kerala is more popular with honeymoon couples and families on vacation, solo travellers will also find it comfortable here.

Which Is The Best Season To go on Kerala tour?

The hill stations of Munnar and Wayanad are pleasant throughout the year but it is best to visit the state as a whole between September and February when the weather is less humid.

Where To Stay In Kerala?

Hotels, resorts, homestays, houseboats on backwaters, even treehouses – take your pick from a wide variety of options available.

What Type Of Food Options Are Available In Kerala?

Kerala, of course, is famous for its South Indian cuisine with Puttu and Kadala curry, Appam with stew, Idiyappam, and seafood being some of the staples. Most food items have a strong coconut flavour to it. However, if you can also find several multi-cuisine restaurants available in all the cities.

Is The Kerala Trip Affordable For Budget And Backpacking Travels?

Yes, it is. You could travel in buses and trains instead of hiring outstation cabs and budget resorts are available for overnight stays. If you are looking for an exotic vacation, you have options aplenty with luxurious houseboats and 5-star accommodations available throughout the state.

Is Kerala A Suitable Choice For Young Travellers And Senior Citizens?

This Kerala Itinerary does not include any gruelling treks or hikes and should be easily traversed by people of all ages. There are trekking options on the Western Ghats if you want to hit your heart with an adrenaline rush as well.

The city of Kochi is a major port in the country and has seen various colonial powers step on its lands in their quest for the spices and riches of India. You will find structures that date back to the 14th and 15th centuries and have Portuguese, Dutch, British, Arab and even Chinese influences.

Start your day at Fort Kochi- a small seaside part of the city, believed to be the first European township created in India. The St. Francis Church here is the first European church built in India and has undergone several reformations. This is where the remains of Vasco da Gama were initially buried before being excavated out. Santa Cruz Basilica is another centuries-old church here.

The Chinese Fishing Nets are a very popular attraction here. These nets are believed to have been in use since the 14th century, brought over from the Chinese court of Kublai Khan. Walk through the Princess Street and see the colonial buildings here to understand the city’s vibrant past. Visit the Fort Kochi beach and eat at the many cafes lining this place. Kashi Art Café is a recommended one.

The Mattancherry Palace should be your next stop. A European structure with murals and paintings of the Indian King for whom it was built, this architectural beauty stands apart from the typical architecture found in Southern India. The Bolgatty Palace is another marvellous structure to visit. Also visit the Jewish Synagogue (or Paradesi Synagogue) which was built in 1568 and still stands tall today.

Move next to Willingdon Island-a man-made island on the Port from where you can take boat tours for the backwaters. Visit the Veeranpuzha lake and Mangalavanam Bird Sanctuary. The Archaeological Museum on Hill Palace is an interesting site too.

Other popular tourist spots include the Folklore museum, Thirikkakara Vamanamoorthy Temple (where Onam is hosted) and Ernakulam Shiva Temple to get a flavour of the rich Hindu culture blended with the colonial past.

End your day on Marine Drive taking a sunset cruise and then watching an evening performance of Kathakali and Kalaripayattu at Greenix Village, a cultural centre.

This idyllic hill station on the Western Ghats, flanked by 3 rivers- Madupetti, Nallathanni, and Periavaru, is a 4-hour drive away from Kochi and is famous for its tea estates, waterfalls and gardens. Staying in a treehouse can be a unique experience here that you might want to try.

Top station- at a height of 1,700 metres for its breath-taking views.

Pothamedu View Point,  Eravikulam National Park (which houses endangered species like the Nilgiri Tahr and Neelakurinji blossoms). Trek up to the Chokramudi peak inside the park.

Day 3 of the Kerala itinerary starts with Periyar National Park – the country’s largest tiger reserve, sprawling 300 square miles, home to several species like deer, elephants, Nilgiri langurs- is a 3-4 hour drive from Munnar. Go on the tiger trail with armed guides and patrol officers for that off-beat jungle thrill.

Enjoy Bamboo rafting in the catchment area of the Periyar lake. Visit the Green Park Ayurvedic and Spices Plantation for the aromatic spices you can carry back home.

If you have time, drive to Anakkara in Idukki district to see another spice plantation and waterfall. Visit the Mudra Cultural Centre for a close glimpse into the culture of Kathakali dancers and to the Chellarkovil viewpoint.

Camp on the bank of Periyar lake for a unique stay.

Alleppey is about 4-5 hours from Periyar, but take a slight detour at Kumarakom- a group of islets on Vembanad lake (the longest lake in India) and visit the Kumarakom Bird Sanctuary and Pathiramanal Island. The Bay Island Driftwood Museum is a one-of-its-kind museum housing unique wood sculptures.

Pallipuram island on the Vembanad lake is a small pristine village with white sands and provides you with perfect photographic backgrounds for those picture-perfect landscapes and selfies.

Reach Alleppey in the late afternoon and head to Alleppey beach and visit the lighthouse, as well as the 137-year-old pier heading into the sea. End the day by strolling through the souvenir shops and eateries in Alleppey.

You could stay in one of the many resorts here or take the more popular option of staying in a houseboat.

Spend the next day in the beautiful town of Alleppey on the Laccadive sea and cruise through its network of sparkling canals and calm lagoons, sipping on the traditional toddy or palm wine.

Don’t miss out the traditional snake boat race if you are visiting in August. If you have children with you, take them for fun rides at Vijay Beach Park or relax your nerves with an Ayurvedic massage on Punnapra Beach. You could also enjoy kayaking in the backwaters.

Leave for Varkala in the afternoon and catch the sunset there. Varkala is 120 kms away and about a 3-hour drive from Alleppey and is famous for its sea views and sunset from its 15-metre high Northern Cliff on the seaside dotted with shacks filled with the aroma of seafood.

Enjoy water sports at Varkala beach or bathe in the serene waters of the Edava beach and Chilakoor beach.

Start your morning in Varkala by visiting the Anjengo Fort and lighthouse established by the British East India Company in 1696. Other places to see are the Vishnu temple which is believed to be at least 2,000 years old, and the Kaduvayil Juma Masjid, popular with Islamic believers for its healing powers.

The Kappil Lake contoured by coconut trees is also a prime attraction of this town. Take a quick stop at the Varkala Tunnel- a colonial era architecture which is believed to have taken 14 years to build and was used frequently by sailors on their way to Thiruvananthapuram. The St. Sebastian’s Pilgrim Church is also well known for its calm and beautiful interiors.

Reach Thiruvananthapuram before or after lunch and spend the latter half of the day there.

This is the bustling capital city of Kerala and worth spending the last 2 days of your trip in. It takes 1-2 hours to reach here from Varkala.

Your must-see list for the first day at the city should include the Neyyar dam and wildlife sanctuary to enjoy the lion and deer safari, the crocodile farm, and watching the elephants in their habitat. Trek to Agasthyakoodam – with a statue of Lord Agastya at its peak for the views around.

Padmanabhaswamy Temple, in the heart of Thiruvananthapuram is not only a sought-after pilgrimage in Kerala but the whole of India. It is one of the 108 divya desams, holy abodes of Lord Vishnu, and attracts devotees from all over.

In recent times, the vaults that had been locked for years in the temple had been opened and left the archaeologists dumbfounded with the splendid jewellery and documents discovered there. There is an intriguing mystery surrounding Vault B though which has never been opened and it is believed that opening it could wreak mayhem and havoc in the country due to the sensitive secrets held there.

Visit the Attukal Bhagavathy temple, Aazhimala Siva temple, and Pazhavangadi Ganapathy Temple to see the various culturally significant sites in the city. Poovar, a coastal village where the Biblical Solomon is believed to have arrived could be on your list too.

End your day at the Observatory 60 metres above sea for the resplendent views and stroll on the beach till you are ready to call it a day.

On the last day of your Kerala trip, visit the Kanakakunnu Palace and the Sri Chitra Art Gallery which houses many originals by the famous Indian Painter, Raja Ravi Verma.

Visit the Zoological Park- the oldest zoo in India, the Napier Museum, the Science & Technology Museum, Priyadarshini Planetarium, and the Kuthiramalika palace.

Kovalam, 11 kilometres to the south of Thiruvananthapuram is considered one of the most beautiful beaches of Kerala and it definitely calls for a visit towards the end of your vacation to relax and rejuvenate yourself before you head back into your busy routines again. The lighthouse on the beach provides mesmerizing views of the sea here.

Also Read: How to Spend Time at Kovalam Beach?

If you have some time before departure, take time out to just sit and relax at the Veli beach or by the Akkulam lake in Thiruvananthapuram.

Shanghumukham Beach next to the airport is the best place to bid goodbye to the state as you fly out to your nests again. 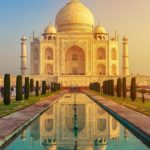 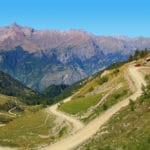 Great Places To Go Bike Riding Across The World

Anegundi – Exploring the Hippie side of...

Ponmudi: A Jewel Hidden in Kerala

26 Places to Visit in Wayanad along...

Bangalore to Gandikota – A Trip Idea...

Meghalaya Itinerary – How to Spend 7...

My Misadventures of Spiti Valley – What...