Indian history is rich. There are many chapters filled with stories. Unfortunately, some chapters are sad. I visited Jallianwala Bagh and peeked in one of the saddest chapter in British dominated India. The sheer imagination of what must have occurred on the fatal day, gave us trembles. 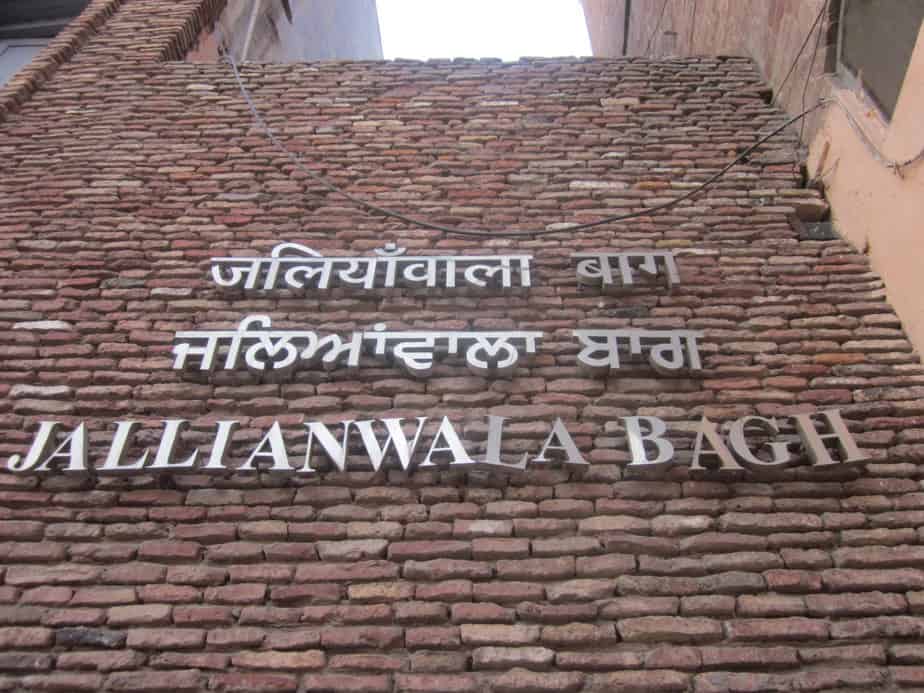 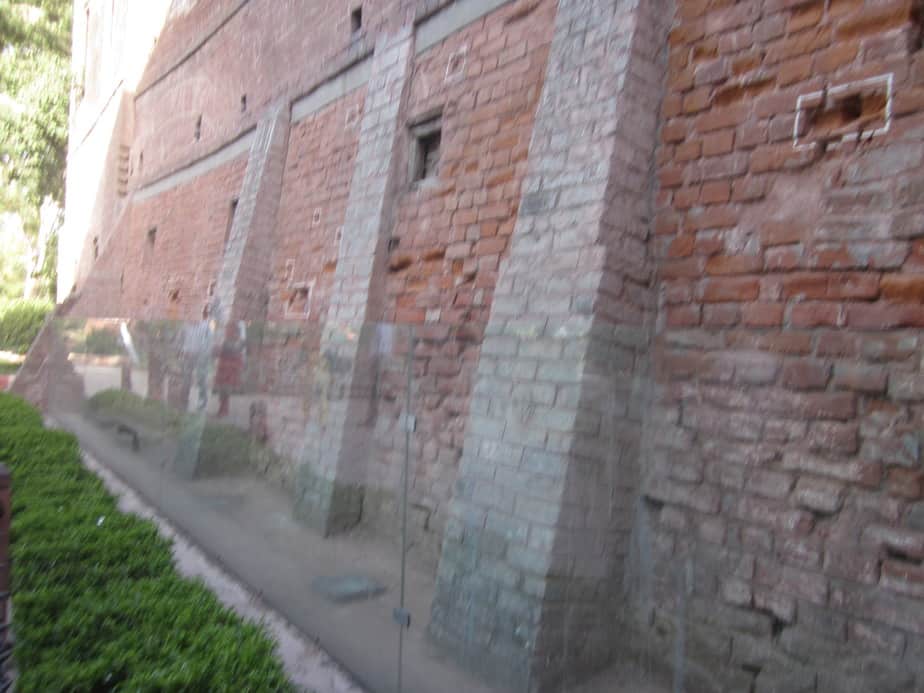 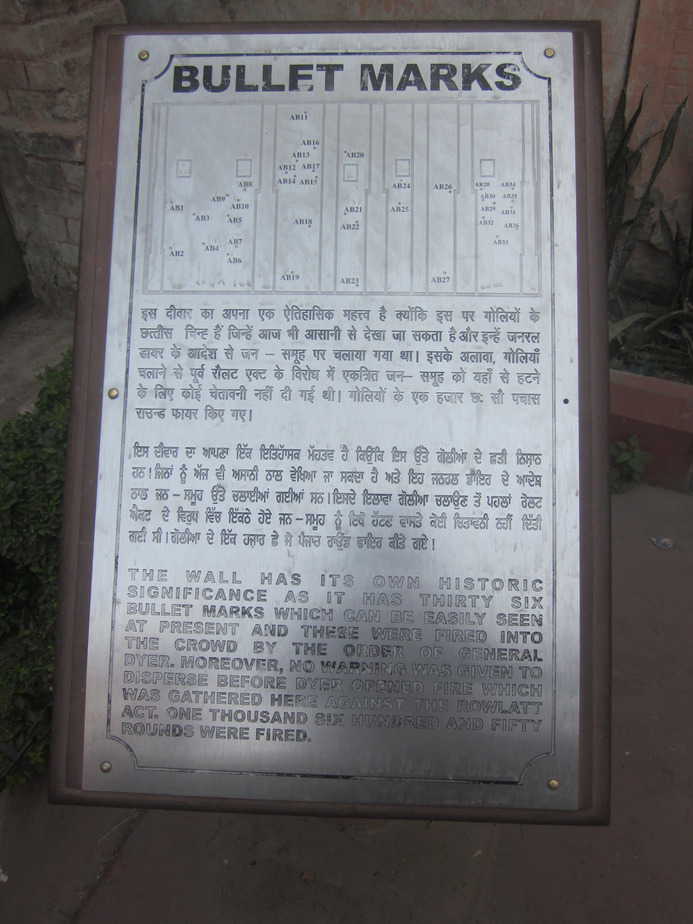 The sad day was 13th April 1919. When the non-violent protesters woke up in the morning, many didn’t know that it was going to be the last time they wake up. The british soldiers, under command of general dyer, opened fire at the calm group discussing their concerns. As the soldiers had covered the only exit in the garden, the protesters had no other way to escape. Many jumped in the garden well along with their families. For detailed report on the event, you can read the wikipedia page.

When we entered the garden, it looked like any other city garden. However, we started imagining how things must have unfolded on the fatal day when we witnessed a structure, representing the spot from where british soldiers opened fire. Here, I am sitting near the structure, reading about the Jallianwala Bagh history.

We also saw the well where people jumped in to escape british bullets. Now, we were actually able to visualize the turn of events on 13th April, 1919.  As the events must have unfolded, the cries of terror must have echoed in the air. It was certainly an emotional moment for us to manifest the scenes. 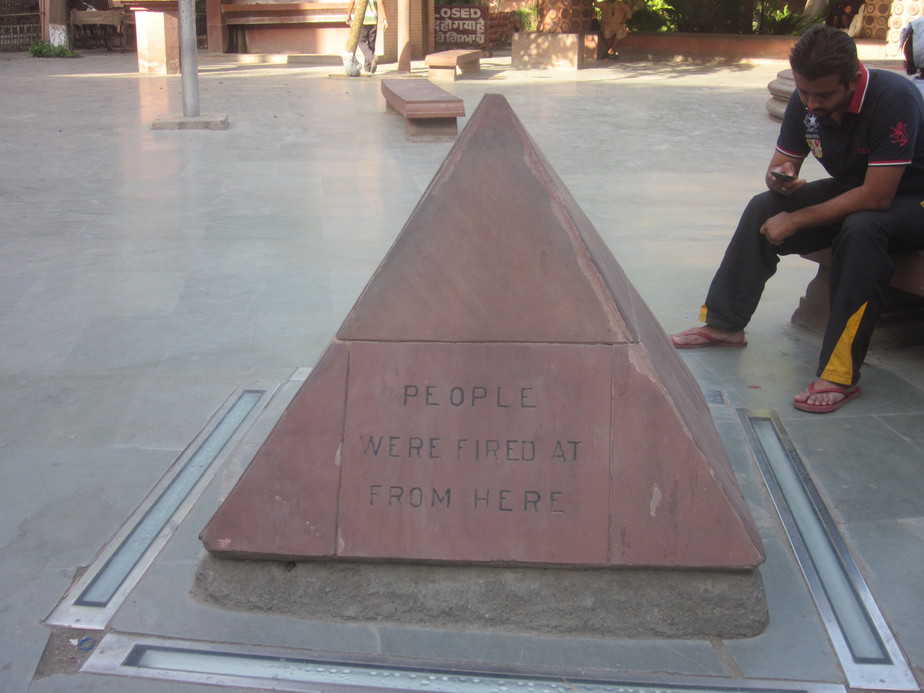 Bullets were fired from here in Jallianwala bagh 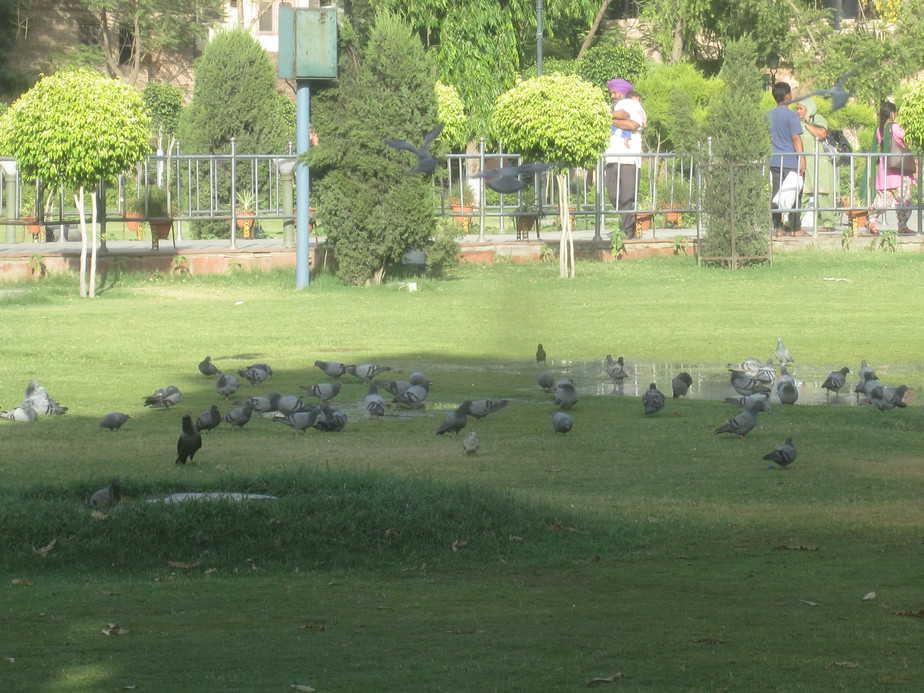 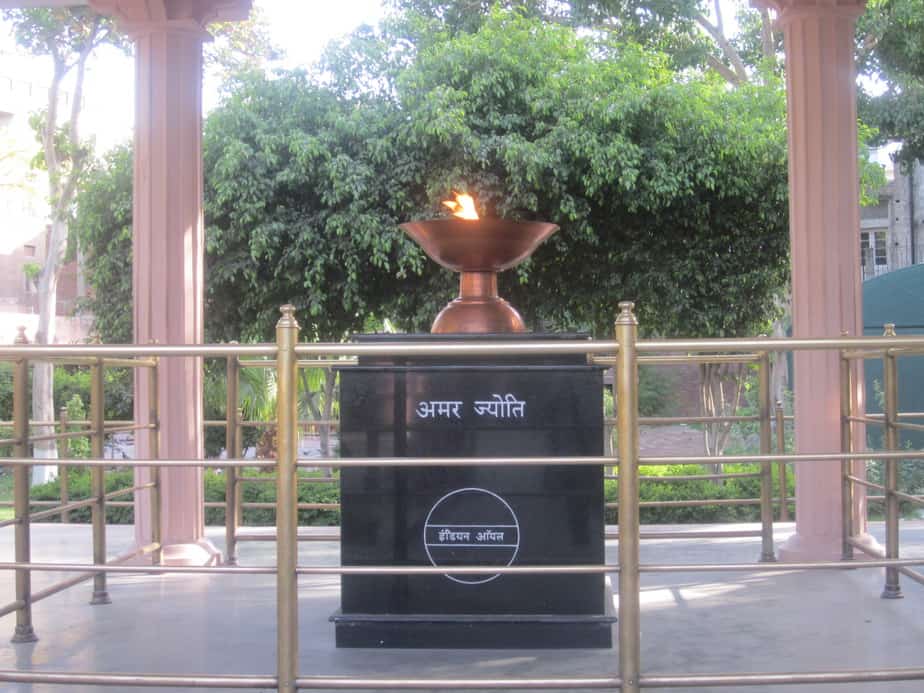 Tribute to the victims of Jallianwala Bagh 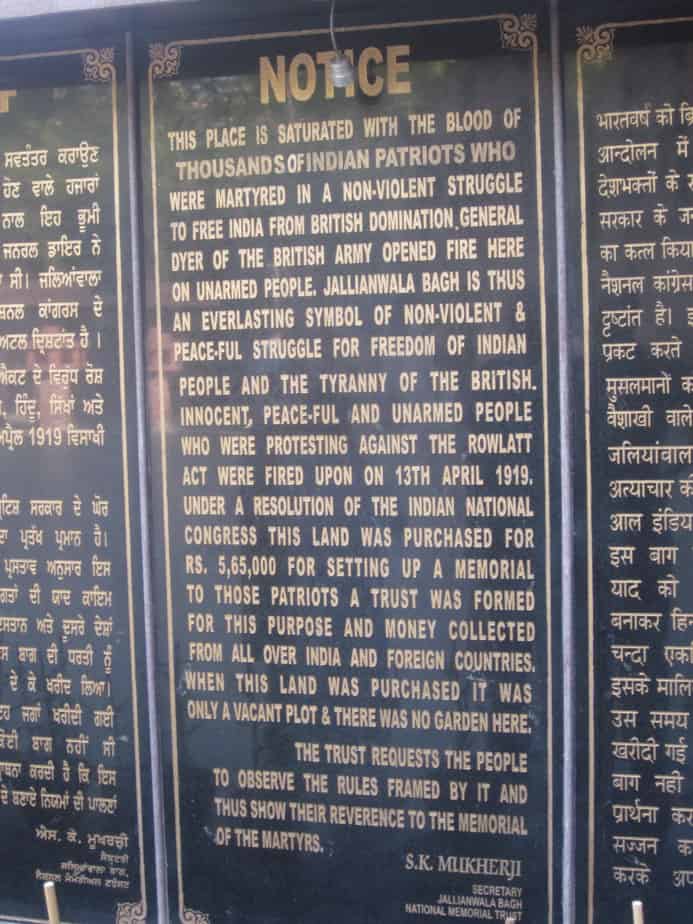 Every evening, an audio show along with lightning effects is organized. The show is narrated by Amitabh Bachchan. It describes the events of the Jallianwala Bagh Massacre and the mass reactions after the brutal attack. The audio show also narrates the story of Udham Singh and his vengeance. Udham singh massacred Michael O’Dwyre, who was the Punjab Governor during Jallianwala Bagh Massacre. It was under his leadership General Dyer executed the tyrant plan of shooting peaceful protesters in Jallianwala bagh. Udham Singh was immediately arrested after he killed O’Dwyre and was sentenced to death.

Udham Singh is considered to be a prominent figure in Indian independence because of his sacrifice. There is a district named after him as “Udham Singh Nagar” in Punjab.

Jallianwala Bagh stands as a memorial for the massacred. It is situated very close the Golden Temple in Amritsar. A quick visit here would be recommendable. As you get acquainted with a historic but brutal chapter of Indian history, you will surely feel compassionate for those who suffered their ill fate at the hands of tyrant britishers. 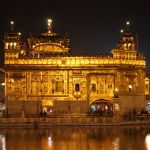 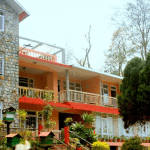 5 Offbeat stays where I would love to stay!

Ponmudi: A Jewel Hidden in Kerala

10 Best Pictures of Kumarakom Backwaters from...

Tips For A Perfect Stay In Bangalore

Very well written post. There’s something still so sad in the air at Jallianwala Bagh that most people get sombre while walking about the place – which I think is needed, since we should never forget the past.

Can’t imagine the bloodshed that happened on that fateful day. Though I visited Amritsar once but could not visit Jalian Wala Bagh and it’s on my bucket list since long. Hopefully, I’ll get to visit history soon.

You should visit. It really takes you back in time