It was 48 degree celsius. I had just entered Amritsar after staying for a month amidst the hills. The change in temperature was difficult to tolerate. But, I knew that visiting Amritsar was a wise decision. My family had joined me in Himachal Pradesh and I wanted my parents to visit the Golden Temple and seek blessings.

When I entered the temple premises, the view was spectacular! As the Golden Temple stood in front of me, I couldn’t help but admire the magnanimity.

The Golden temple is located right in middle of a pond. There is a bridge which allows the devotees to cross the pond and visit the temple. Visitors form a queue here and wait for their turn to seek blessings. As they wait, they get engrossed by the serenity. Religious songs play softly in the background, adding to the aura of the Golden Temple. 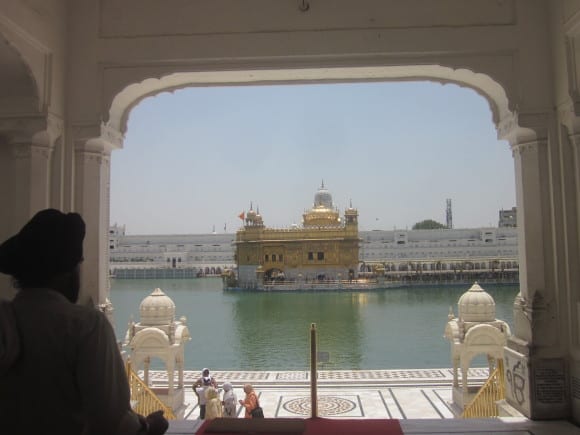 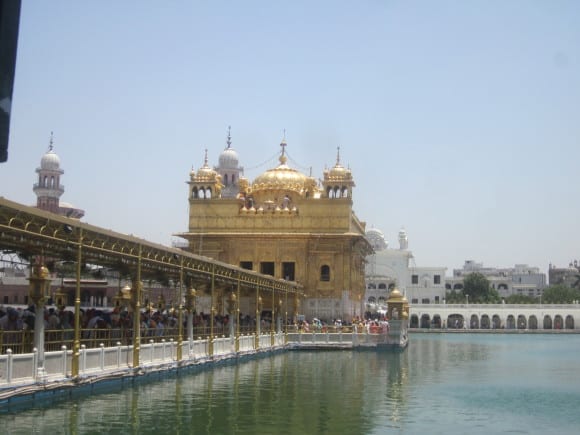 Devotees waiting for their turn

This place has a sacred and positive vibe. The best part is the cleanliness of the temple. I have not observed this in any other temple of such significance. Be it Rameshwaram, Tirupati or Shirdi, the surrounding places/markets are filled with greedy hawkers. But, here, there were some shops selling discounted beverages.

However, the hotel owners around the temple have their own tactics to entice customers. We were tricked twice and directed to a costlier hotel after being promised a budget hotel.

But, the efforts taken by the Volunteers from the Sikh community were praise-worthy. The surrounding perimeter of the pond is made of white marble and it tends to get hot. Hence, the volunteers had laid a mat. They had sprinkled water on it. This provided great relief to the devotees who were walking bare feet! In addition, the volunteers were serving cold water to the visitors for free. These efforts made the heat bearable for all the visitors.

I would like to mention a stark contradiction between temples here. When I had visited the Swaminarayan Temple in Delhi, I witnessed the exact opposite. The volunteers were not helping at all! The marble had become extremely hot due to the fuming Delhi Sun. But, there was no facility for a visitor’s convenience. Also, you cannot relax anywhere you like. My grandmother wanted to rest for a while but the Swaminarayan community volunteers didn’t let us. They switched off the fan! Well, I respect every religion or belief. But, if you are managing a temple where a devotee can’t rest for a while, you are not suitable to manage the God’s abode.

We were totally in awe of Amritsar Golden Temple. The interiors were beautiful and had a soothing effect. We also observed some colorful fish in the pond! Majority of them were orange or black. They seemed to be very friendly and didn’t shy away from us. We were elated to see these amazing creatures swimming in the holy pond! The school of fish together formed a colorful canvas in the calm waters. 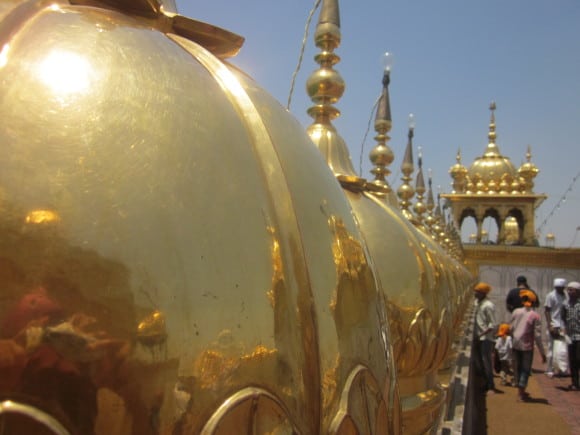 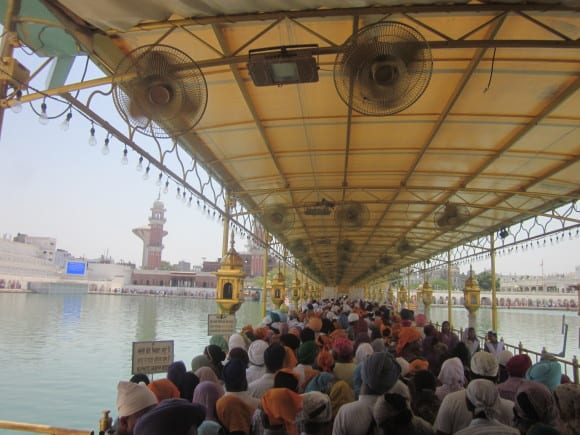 Devotees waiting in a queue 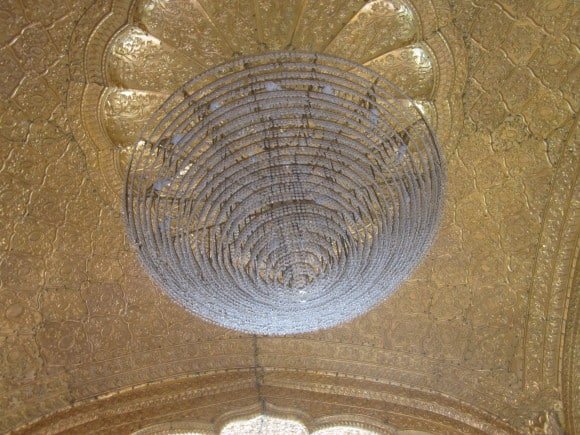 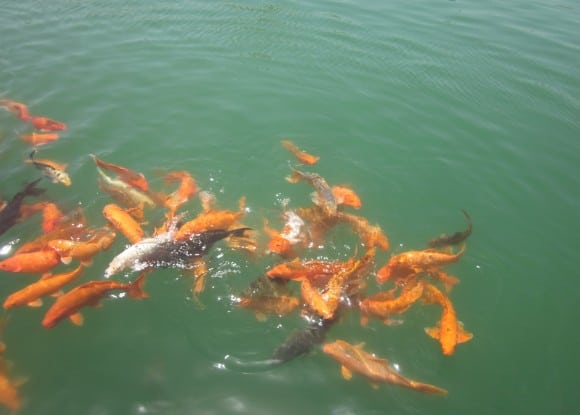 Beautiful school of fish in the pond surrounding the Golden Temple 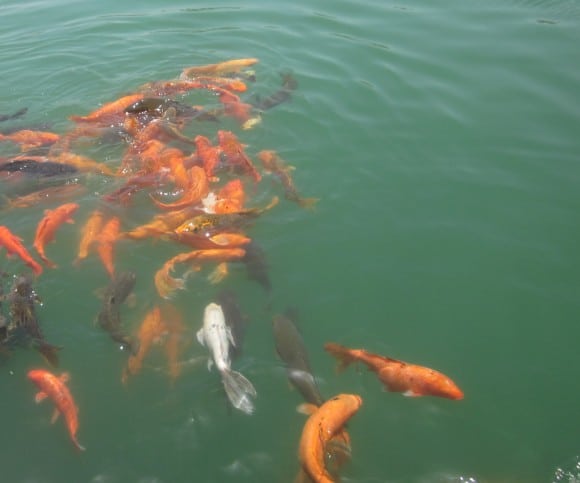 We stayed in the Golden temple for more than 2 hours. The whole experience was sacred, satisfying and enjoyable! I still remember the calming effect the Golden Temple had on me. Sadly, there is one sad incident which involves the Golden Temple. The incident is infamously referred to as “Operation Bluestar“.

This operation was launched by the then Indian Prime Minister, Indira Gandhi. She ordered the troops to establish dominance over the Golden Temple. This was to remove Jarnail Singh Bhindranwale and his armed forces out of the temple. The army executed the PM’s order and attacked the Golden Temple with tanks and other artillery. Sadly, many were killed and the Golden Temple was damaged. This act is registered in the Sikh History as an infamous decision by the prime minister. The repercussions of this decision were very severe severe.

But,  the magnanimity of the Golden Temple overpowers all the painful stories associated with the temple. If you are visiting Punjab, the Golden Temple in Amritsar should definitely be a part of your “Places to visit in Punjab” or “Things to do in Amritsar” list. During our Amritsar Trip, we also visited Jallianwala Bagh & Wagah Border. 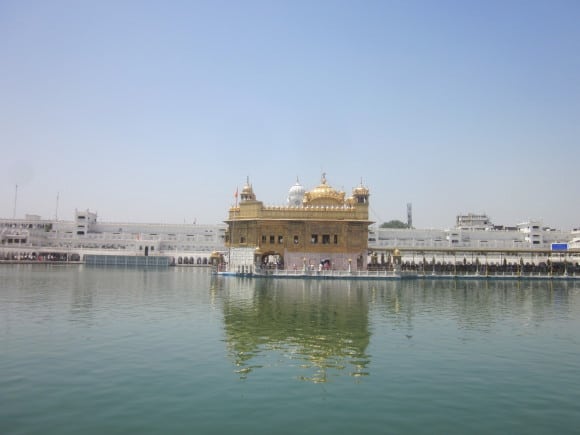 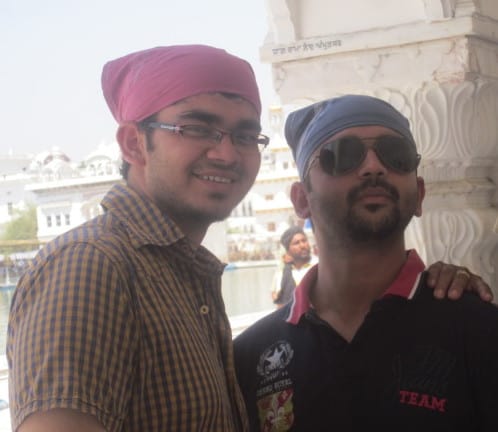 With My brother at Golden Temple

Have you visited Amritsar & the Golden Temple? Let me know about your experiences in the comments below. 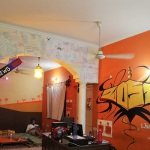 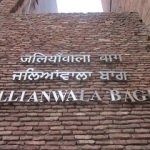 Visiting Golden Temple at Night – A...

My experience at the Golden Temple was almost the same! Well written and you have done some decent photography 🙂

Thanks for sharing this article. Nice.