written by Umang Trivedi
Finally the train arrived. I tightly closed my fists, removed my watch and placed it safely in my pockets. I might just have to punch somebody to barge in the already crowded train. I had to reach office in an hour and it was inevitable to board this train. The next train will earn me praiseworthy taunts from my Boss for reaching too early for the next day.
After exchanging abuses and blows here and there, I was finally able to find a corner in the crowded coach. As the train proceeded, I managed to slip through the crowd and reached the door of the train coach. I was relieved with the rushing wind attacking my countenance. As I was trying to peep out over somebody’s shoulder , I managed to have a glimpse of the parallel road. Rush hours did not spare the roads either. The road was full of honking vehicles. All of them had to reach on time you see. With the train approaching destined station, my thoughts took another train altogether, a train to Goa.
How different life used to be 6 months back! Even the thought of Goa was a relief. Nothing can be better then exploring Goa roads with friends on Bike, having beer while counting ferry ships sailing on the Mandovi river and Sipping Coffee at Nescafe while staring at the glittering casinos.
As if Goa was not enough, we had this magnificent GIM campus. I still remember sipping coffee while staring at the clouds passing right in front of you. I still remember sitting behind the library and wondering if the leopard would appear from behind the bushes. I still remember the campus sunset point and wonder why did the Sun look more beautiful back then. Every memory is like revealing in front of my eyes as a movie clip.
As if the mornings and evenings were not enough, the nights were even more unforgettable. It is a different topic that people don’t remember what happened last night. But, as they say, some memories are embossed on the memory plane that it stays with you forever.
GIM & Goa will always be there in my heart. Those two years were the best years of my life. I still have my bike with me. Someday, I wish, I can ride my bike in Goa, again.
Suddenly, some stranger pushed me. My thought train was halted. I coldly stared back at the stranger. But, thanks to him, I realized that my station was next. As I came out of the station, I checked the time. I was on time for the presentation. I walked towards the taxi. As I approached the taxi, I wished if he could take me to Goa. But, I had to go present in front of my Boss, not the marketing professor. I will be asked “What did you contribute to the Company?” instead of “What is the learning happening?”
Signing off, A GIMite for Life. . 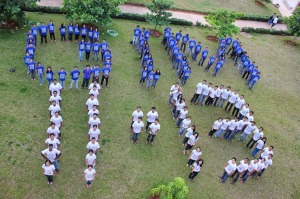 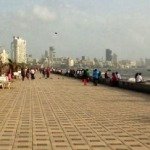 Goa Through Lens – Most Pristine Beaches

Get to know the wonderful Dudhsagar waterfall...

Appreciating the time and energy you put into your blog and in depth information you offer.
It’s awesome to come across a blog every once in a while that isn’t the
same unwanted rehashed information. Great read! I’ve saved your site and I’m including your RSS feeds to my Google
account.

Thanks for liking it 🙂