written by Umang Trivedi
“We are facing heavy turbulence, kindly fasten your seat-belt”.
My nap was interrupted by the captain misusing the microphone. After a sleepless night, the early morning flight had given me a chance, though a short one, to compensate the bodily needs. However, my nap did not resume when I glanced across the window. Dissecting the black clouds, my flight was now 15 minutes away from landing at Indira Gandhi International Airport, Delhi.
Some of my best friends hail from Delhi. They always preached about Delhi’s attributes during my post-graduation in Goa. Instead of enjoying the Goan seafood, they would sit nostalgic and miss Delhi’s “Aloo Parathe”.  The discussions involving Delhi always fueled my curiosity about the city. Hence, I decided to roam around in the capital and verify their claims about Delhi.
I reached Delhi Airport and was exhausted, thanks to the sleepless night. I was also irritated by the stupid jokes a Gujju group continuously cracked. I agree that I would have appreciated the jokes, had I slept well. I opted for a direct taxi to Gurgaon, instead of tracking down the connectivity of Delhi Metro.
When I reached a friend’s place, I was planning to bargain more with the taxi driver. However, his taxi bumped into a pole and he was shocked by the shattering of the rear window pane. He abused his own carelessness continuously. His abuses reminded me that I was in Delhi – NCR now.
After catching some sleep, I boarded Delhi Metro to meet another friend at Rajiv Chowk, the ‘Dadar’ of Delhi. The Delhi Metro was indeed impressive. It had an amazingly well maintained infrastructure. In an argument between Mumbaikar and Delhite, a Delhite can always conclude triumphantly by saying “We have metro, what do you got?”A Mumbaikar might retaliate well after some years when Mumbai metro would be running.
I met my friend and reached central park. There we witnessed a couple engaged in a row with the female security personnel, over a minor issue like bag checking. There were non-stop exchanges of typical Delhi abuses. The guy from the couple showed authority which he was totally unworthy of. I hope he realizes that there are better ways to impress her girl. You don’t need to fight with a security personnel who is just doing her job.
After spending time at Central park, Connaught place & Janpath market, I went to my friend’s place to relish delicious, home cooked, “Aloo Parathe”. I endorsed the nostalgia a Delhite would feel when not in the city. Goan sea food can’t compete with the “Aloo Parathe”.
The next day was well spent admiring different monuments. For lunch, I had the best Italian cuisine ever at Big Chills, Khan Market. It was followed by a coffee at United Coffee House, a class in itself. The day ended by watching “Iron Man 3” and celebrating Teacher’s day with the friend in Gurgaon. If you know what I mean!
Finally, I left Delhi, only to come back after a month. I headed towards my next destination, Dharamshala. As the bus engine hummed, I realized what I would find in Delhi after a month. I would encounter nerve wrecking heat. So, I was happy that before returning to scorching heat, I will spend one month in mountains.
As the engine humming changed into roaring, I started watching the Punjabi movie being shown by the bus. The boring movie helped me and I slowly drifted towards sleep, while the bus, towards Himachal Pradesh where I would be staying in Mcleodganj. 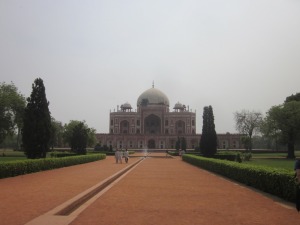 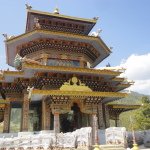 Things to do in Bhutan – 10 Best Picks

Kolkata, The City of Yellow Cabs

Historical monuments in Delhi and around |...

5 Things you miss about Mumbai!

Thanks for the good writeup. It if truth be told was a entertainment account it. Glance advanced to far introduced agreeable from you! However, how can we communicate?

Hi! I am glad you liked it! You can drop me a mail. Contact details are mentioned in ‘contact us’ page