Bangalore to Gandikota – A Trip Idea for Andhra Pradesh

Gandikota is a village on the banks of Penna River in the Kadapa district of Andhra Pradesh, India. Known for its mesmerizing landscapes and picturesque fort, Gandikota is surely one of the top places in the list of weekend getaways from Bangalore. Depending on who you talk to, there are some travellers who’ll tell you that Gandikota is quite literally the Grand Canyon of India. While that may seem to be an overstatement, it’s still one of the most enthralling canyons you’ll find in India. Intrigued enough to learn how to make it from Bangalore to Gandikota and what to do when you get there? Keep reading.

I visited Gandikota recently and had an amazing time. It’s really beautiful and the sunrise there was the best I saw that year. You can read about my trip to Gandikota here.  Here I talk about how to reach to Gandikota from Bangalore.

Bangalore to Gandikota – The Route

Surrounded by lush green forests and rocky landscape, Gandikota is 282 km from Bangalore. Thankfully, the place is easily accessible no matter what means of transportation you pick, whether it’s car, train, bus, or flight.

Bangalore to Gandikota by road is full of enchanting scenery and breath-taking views. One can take the National Highway 44 (NH44) from Bangalore and reach Gandikota in 5-6 hours. Be prepared to encounter a few patches of rough drive for a few kilometres, which fortunately wouldn’t last for a long duration. The roads are quite smooth overall, and one can surely enjoy the drive.

The nearest airports to reach Gandikota are Kempegowda International Airport at Bangalore (345km), and Tirupati Airport at Renigunta (220 km). It would take approximately 6 hours and 4.5 hours respectively to reach Gandikota from the two airports. After reaching the airport, one can opt for a bus, car, or train to first reach Jammalamadugu and then head toward Gandikota. 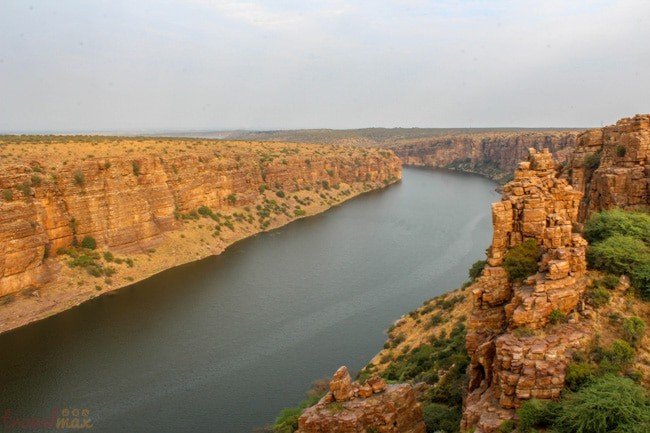 With temperatures soaring up to a range of 40 to 45-degree Celsius, summers are definitely not the perfect time of the year to visit this place. Summers are hot and humid, thus making it a difficult time for the travellers. September to February is considered to be the ideal time to visit Gandikota. As the weather is pleasant and comfortable, it proves to be a good time for travellers to witness the gorge and its surrounding natural beauty during daytime.

Gandikota is the perfect example of a small place with various hidden gems. The most famous attraction here is the beautiful gorge situated in the Gandikota Fort. It is because of this gorge that tourists have named it the Grand Canyon of India. But this is just one among the various other key attractions that you can experience when you travel from Bangalore to Gandikota. 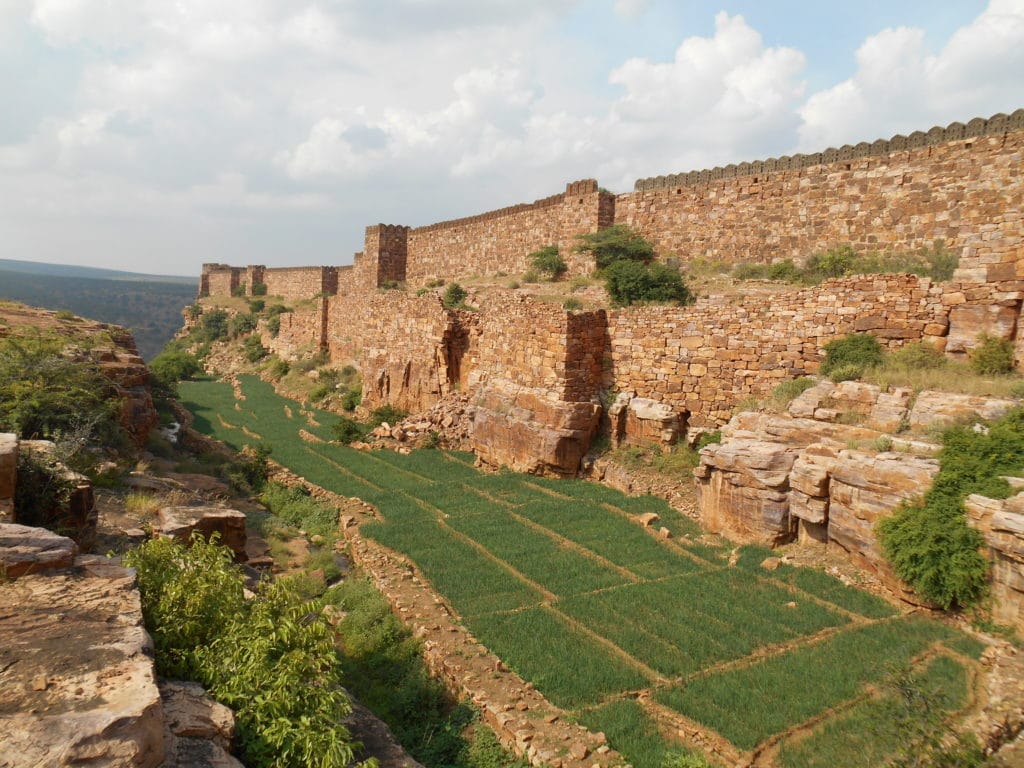 The dominating walls of the Gandikota Fort

The stunning and massive Gandikota Fort was built in the 13th century under the supervision of Pemmasani Kumara Timma Nayaka. Made out of red sandstone, this fort comprises of fine carvings and perennial springs. It also has a temple and a mosque inside the fort premises, both built during the 13th century itself. Spread over several miles, this fort is a classic tourist attraction in itself. No trip to Gandikota is complete without visiting the Gandikota Fort, which is waiting to reveal the forgotten stories of our ancient civilization.

Get Trekking along the Canyon to Witness Breath-Taking Sunset 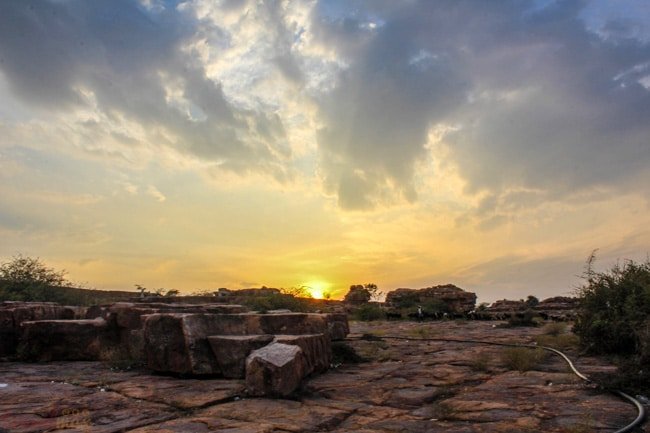 The beautiful sunset as seen from the Fort ruins

One would have to first trek for a few kilometres before reaching the summit of the rocks, and this trek can prove tiresome for many. But all the tiredness vanishes after reaching the top where a splendid sight awaits your presence. The sight of river Penna and the extraordinary work of art that nature has created in the form of the stone gorge, proves to be enchanting and soothing.

Get Awestruck with the Interiors at Belum caves 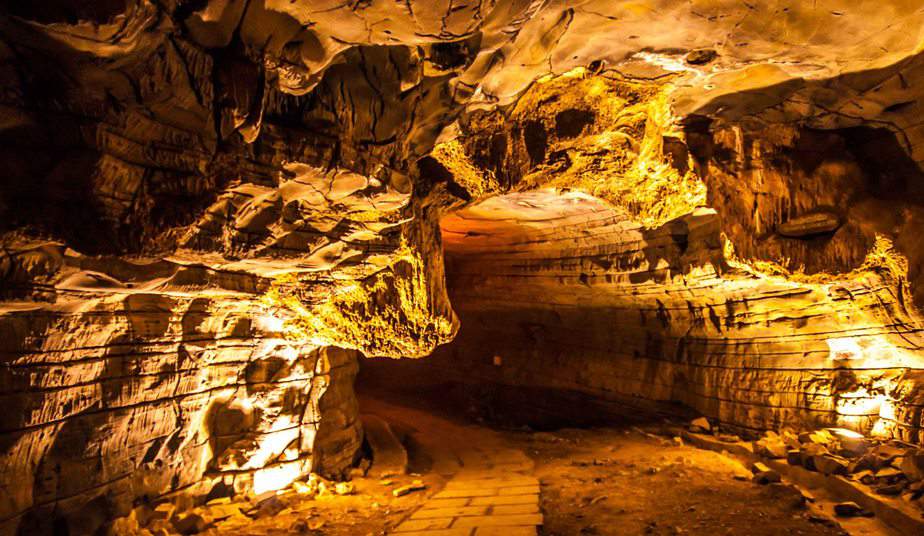 The Belum caves can surely be called the Antelope Canyon of India. Being the second-largest cave system in the Indian subcontinent, Belum caves are very important because of their archaeology, architecture, and geology. These caves have various formations with huge deposits of Quartz. The interiors of the caves are sure to leave the travellers awestruck with other-worldly scenes.

Unwind at the Rayalacheruvu Lake 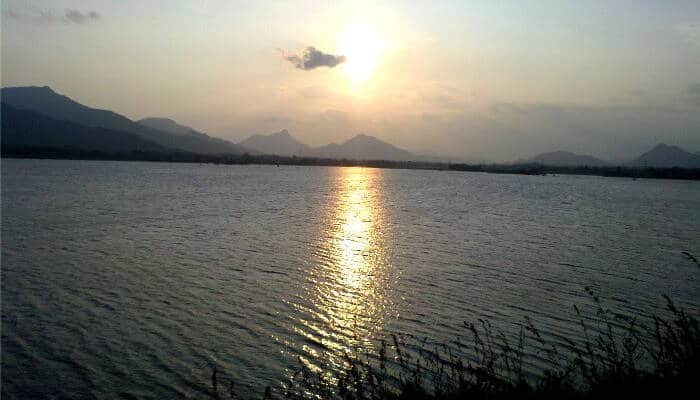 Clearwater, quaint landscapes of the Erramala hills, blue sky, and migratory birds – What better way to unwind and relax after a long and tiring day? Situated just near the Gandikota Fort, Rayalacheruvvu Lake is the perfect place to sit and watch the sun go down. As the belief goes, this lake was established by emperor Sri Krishnadevaraya by using water from Penna River. This is the best place to end a beautiful trip to Gandikota.

An excellent display of art and culture can also be seen at the Madhavarya temple and Raghunathaswamy temple in Gandikota. 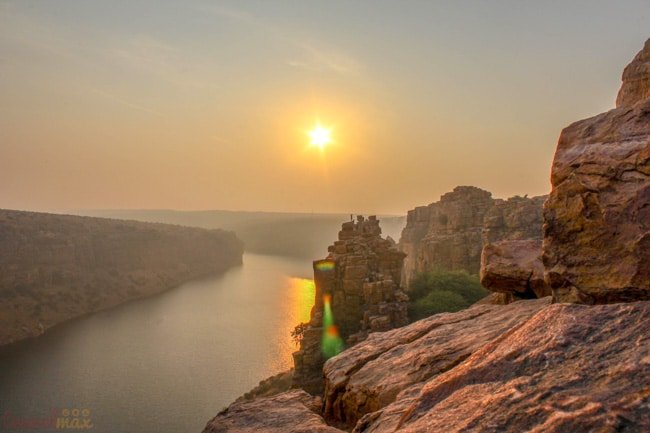 For those travelling from Bangalore to Gandikota, one should not expect to have four or five-star hotels and resorts here. What a person can get hold of would be a basic stay with normal amenities and local Andhra food. However, if you choose to stay in Kadiri or Kadapa, you can expect to find some good lodging options.

This APTDC complex-Haritha Hotel is spread across acres and has cottages, dormitories, car parking, dining area, and a playing area for kids. The hotel promises to provide all the standard facilities you can expect to find in Tier-II cities. Since this hotel does not have any online registration system, one should make a call and make room reservations over the phone. 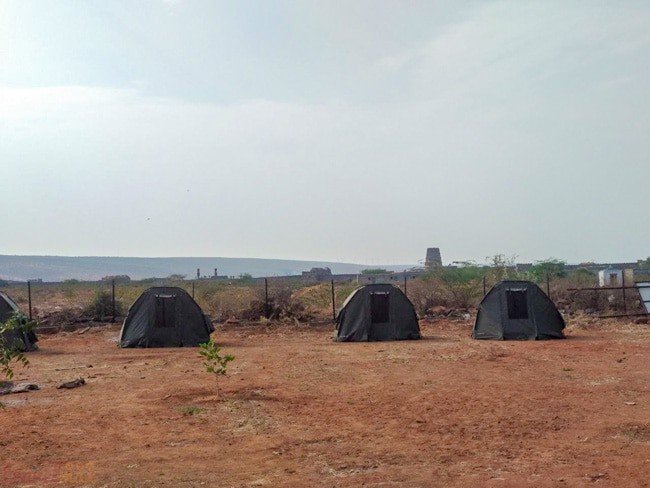 Camp out near Penna river

If one wants to explore the unconventional way of staying, the option of riverside camping is also available here. Freakouts Adventure helps travellers by providing comfortable and easy camping opportunities, along with adventure activities  like rock climbing, kayaking, and rappelling. It is suggested to make prior calls and book your reservations early before heading from Bangalore to Gandikota.

In order to have a beautiful and well-planned trip, it is suggested to keep in mind certain important things. 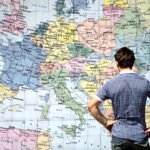 How Instagram Has Become an Effective Vacation Planning Tool 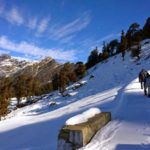 Deoriatal Chandrashila Peak Trek – How to Plan the Trek

Historical monuments in Delhi and around |...

Experiences in Goa | 28 activities for...

Take a step back in history by...