Home City A Jog along the ocean
CityMumbai

written by Umang Trivedi
As the sun rises and penetrates the darkness, some enthusiastic people prefer shedding calories rather than warming bed for 2 extra hours. Before attending college lectures or filling in office hours, these active bunch of population either prefer gardens or beaches for an early morning jog.
However, not all are able to run on soft sand or tender grass. They have to jog on concrete as speeding cars past by on the busy road. The challenges here are not restricted to controlling breath or maintaining posture while jogging. Crafting your own path while dissecting through bunch of people is the major challenge here. This is the scene of Mumbai in the early hours of the day. Consider Marine Lines or Worli Sea Face, the scene is the same. The Mumbaikars would know better
But, yet people take out time and try to maintain their healthy self. One hour jog in the morning helps boost your energy level and keeps you active through out day. So, one fine day, I also decided to hit Worli Sea Face in morning hours to burn some extra added calories due to frequent visits to Pubs & Cafes.
Its morning of the D-day and I spent half an hour to make peace with two opposite minds. One mind had a relationship with the bed and did not want to ruin it by abandoning it two hours earlier. The other mind hated calories and brought mental images of steroid bodies of stars. Finally, I listened to the later mind’s argument and jumped off the bed. My Sports shoes considered today as their best day ever. It had been ages since I took them for a walk. Finally, I dashed out of my flat doing all the stretching excersices and simultaneously scaring two-three kids going to pre-school. I hopped on my bike to reach Worli sea face. My bike wont start as if it was an indignant on being disturbed this early in the morning. However, it finally surrendered to its master and I rushed towards my jogging destination.
When I reached worli sea face, it was quite crowded. First, I started walking and was quite disoriented observing the young crowd out there. Finally I was jogging and within 5 minutes, I was quite exhausted. So, I decided to take rest and saw a school band performing. With drums wieghing more than themselves, they tried hard to follow their instructor’s directions. I enjoyed the show as the kids finally matched their leader and continued to restrain space for other runners. Contemplating how to cut down diet, to be able to job more than 5 minutes, I reached my Bike. With other joggers still troubling their shoes, I headed back towards my flat. I knew I was going to be late for the office.
My first jogging experience was not that great. But, I did feel great that day. Lets see if I am able to jog in early morning more frequently. 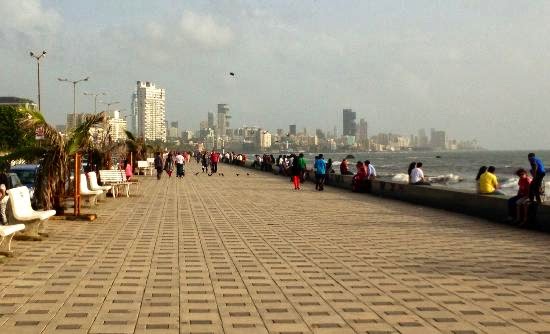 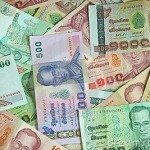 7 Tips to save money in Thailand

A Rainy Day in Mumbai – Nostalgic...

5 Things you miss about Mumbai!

Kolkata, The City of Yellow Cabs