A Detailed Guide to Visiting Rann of Kutch

The Rann of Kutch is a remarkable place in Gujarat and is a large area of salt marshes. Much of the area consists of the largest salt desert in the world which spans over 10,000 square kilometres. What is mesmerizing about this place is that much of the salt desert remains underwater during the monsoon season. For the rest of the eight months, it is available as an enormous stretch of salt.

Several rivers that flow through Gujarat and Rajasthan states of India flow into Rann of Kutch. Because of its proximity to Pakistan, the Indian army has set its base at Rann and you will find officials patrolling around throughout the day. The travellers need to produce valid identity proof to gain entry into Rann of Kutch.

The government of Gujarat state organizes a three month long festival in this exotic destination which is popular as ‘The Rann Utsav’ every year from the month of December to February. This event serves as the main source of income for the locals and they welcome visitors from all the world who love to explore the culture and hospitality that this quaint little place in the Indian subcontinent has to offer. Travelers can stay in mud houses and tented accommodations during the festival. Pre-booking is a must as the price of accommodation soars high during the festival held at this white desert.

History & Heritage of Rann of Kutch

Described as the “Cradle of Craftsmanship”, Kutch has for long been renowned as the land of weaving, bandhani tie-and-die, block printing, embroidery, handicrafts and Rogan-painting. The region has a long history dating back to the Harappan Civilization that thrived during 3rd millennia BC. Jadeja Rajput rulers also ruled Kutch from the 1540s till the merger of the princely state by the Indian government during the 1950s.

Dholavira is one of the most prominent and the largest archaeological sites in India dating back to the Harappan civilization. It is located in the northern part and turns into an island during the monsoon season. The site is believed to have been inhabited between 2900 BCE and 1900 BCE. Over 60 Harappan sites have been discovered around Rann of Kutch.

Kutch is the also a natural habitat for interesting and endangered wildlife species such as the Indian Wild Ass. The entire district is considered to be a paradise for birdwatchers. Kutch is also a breeding ground for the Siberian Flamingos and the critically endangered Indian Bustard. On the night of the full moon, the salt-encrusted landscapes of Rann look insanely beautiful.

How to reach Rann of Kutch?

When is the best time to visit Rann of Kutch?

The best time to visit Rann of Kutch is during the months of October to February. The temperature in the region during the winter months varies between 12ºC and 25ºC. This is the perfect time for sightseeing and also to experience the Rann Utsav which is a festival of arts, dance and music. Rann festival attracts a lot of tourists and photographers who wish to capture all the beauty of this place under the full moon. The festival offers glistening panorama of enchanting moments that seem surreal.

Summers are excruciatingly humid and hot. The temperature almost touches 48ºC. Hence it is best to avoid the place from March to June. The months from July to September have occasional downpours. If you don’t mind them, then you can visit the place during monsoon.

Key Attractions in Rann of Kutch

Rann of Kutch is not just famous for the enchanting display of salt and sand. There is so much to explore in and around this world heritage site.

If you are fond of exploring historical excavation site, then this is the place you need to be in. Relics of the Harappan civilization have been found in Dholavira by the Archaeological Survey of India. It is quite popular amongst students and history buffs. Make sure to take a look at the excavations of water conservation system and storage along with the architecture.

These ancient caves feature paintings and cave carvings that date back to the first century AD. Historical events such as Chinese migration to India can also be seen depicted beautifully in these caves. The ambulatory depicting Buddhist linkages and the sanctum are the most beautiful aspects of the Siyot caves.

This is one of the most interesting places in Rann of Kutch. It sprawls over 4954 square kilometres and is the natural habitant of the Indian Ass. You can also spot blue bulls, wolves, jungle cats, jackal, desert cats, foxes, hedgehogs and chinkara in the sanctuary. You can also spot numerous species of crocodiles, reptiles and various species of birds.

This is the highest point in Rann of Kutch. It offers breath-taking views of the entire region and also of the Indo-Pak border. The highland is quite popular amongst the tourist and can be accessed through jeeps and buses. Do not miss the 400 year old temple of Dattatreya that can be found in the vicinity.

Unique Cuisines to try at Rann of Kutch

Accommodation options in this region is limited especially if you are visiting the place during Rann Utsav. You need to make sure to make advance reservation in order to prevent commuting for long hours. You can choose to stay in tents, mud houses and also in exotic resorts in the region.

Rann of Kutch is a dreamy place that comes alive during Rann Utsav which is a carnival of beauty, nature, dance, arts and music. The shimmering landscape promises you enchanting moments during the festival and there is plenty of things that you can do during the period. You can meditate, learn more about Gujrati culture, participate in camel cart excursion, golf carts, ATV rides and a lot more during the festival. Make sure to make reservations in advance during the peak season in order to avoid disappointments at a later stage. There is so much to explore and indulge in this beautiful location in the Indian state of Gujarat. 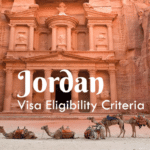 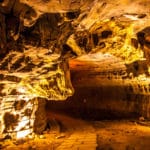 Exploring the beautiful landscapes of Kodaikanal

How to reach Chandratal Lake – A...

Rajasthan Itinerary – Trip to the Heritage...